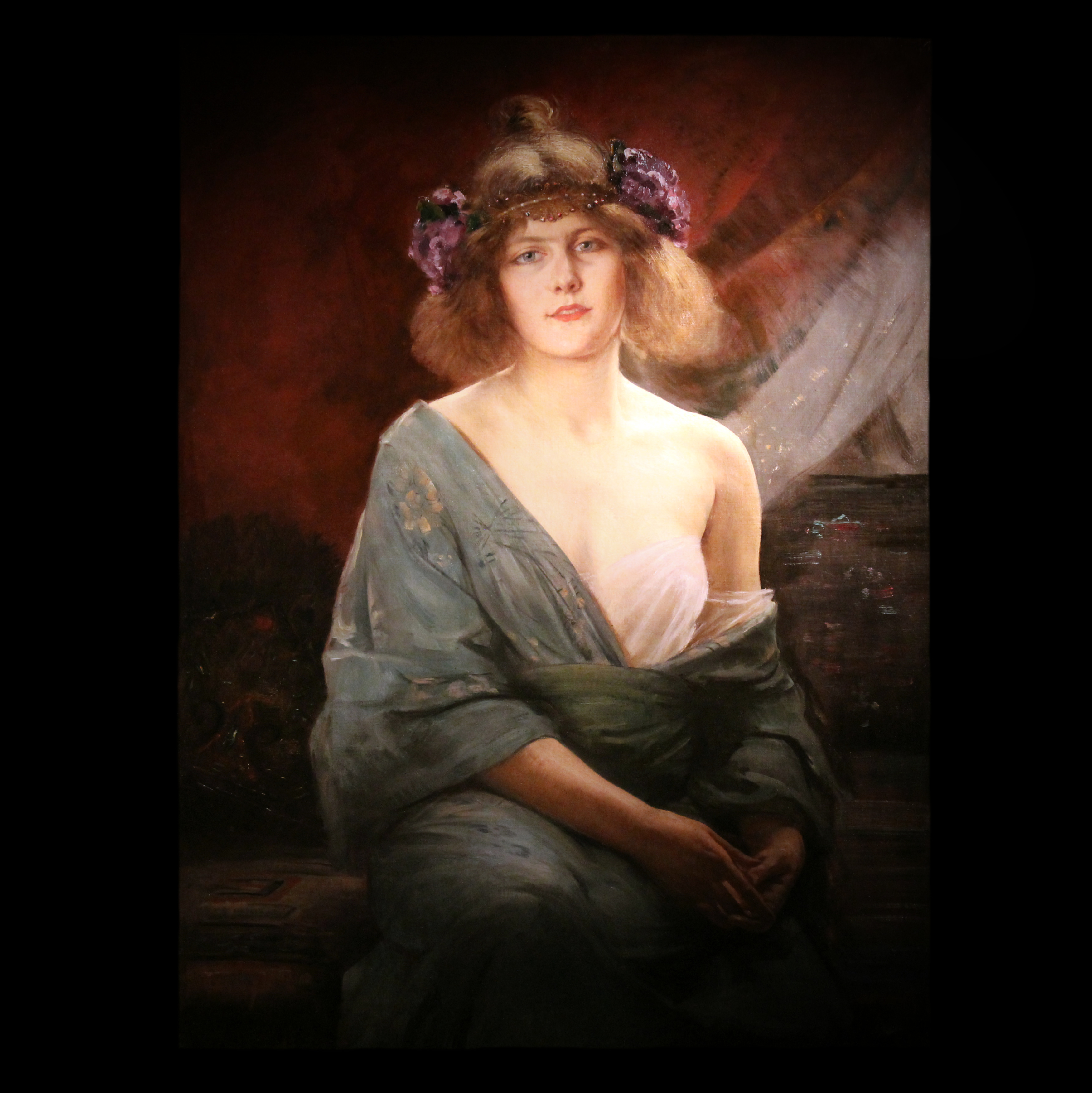 Art Nouveau portrait of a young girl ” Girl with the green kimono ” painted by the famous and talented Belgian artist ” Alfred Stevens ” (1823-1906 ) .

This one fine example of the Art Nouveau style, very rare to find such a nice example of it .

Additional info about the artist :

Alfred Émile Léopold Stevens (11 May 1823 – 24 August 1906) was a Belgian painter, known for his paintings of elegant modern women.

His father, who had fought in the Napoleonic wars in the army of William I of the Netherlands, was an art collector who owned several watercolors by Eugène Delacroix, among other artists. His mother’s parents ran Café de l’Amitié in Brussels, a meeting place for politicians, writers, and artists. All the Stevens children benefited from the people they met there, and the social skills they acquired in growing up around important people.

Additional info about the style :

Art Nouveau is an international style of art, architecture and applied art, especially the decorative arts, that was most popular between 1890 and 1910. A reaction to the academic art of the 19th century, it was inspired by natural forms and structures, particularly the curved lines of plants and flowers.

English uses the French name Art Nouveau (new art). The style is related to, but not identical with, styles that emerged in many countries in Europe at about the same time: in Austria it is known as Secessionsstil after Wiener Secession; in Spanish Modernismo; in Catalan Modernisme; in Czech Secese; in Danish Skønvirke or Jugendstil; in German Jugendstil, Art Nouveau or Reformstil; in Hungarian Szecesszió; in Italian Art Nouveau, Stile Liberty or Stile floreale; in Lithuanian Modernas; in Norwegian Jugendstil; in Polish Secesja; in Slovak Secesia; in Ukrainian and Russian Модерн (Modern); in Swedish and Finnish Jugend.

By 1910, Art Nouveau was already out of style. It was replaced as the dominant European architectural and decorative style first by Art Deco and then by Modernism.