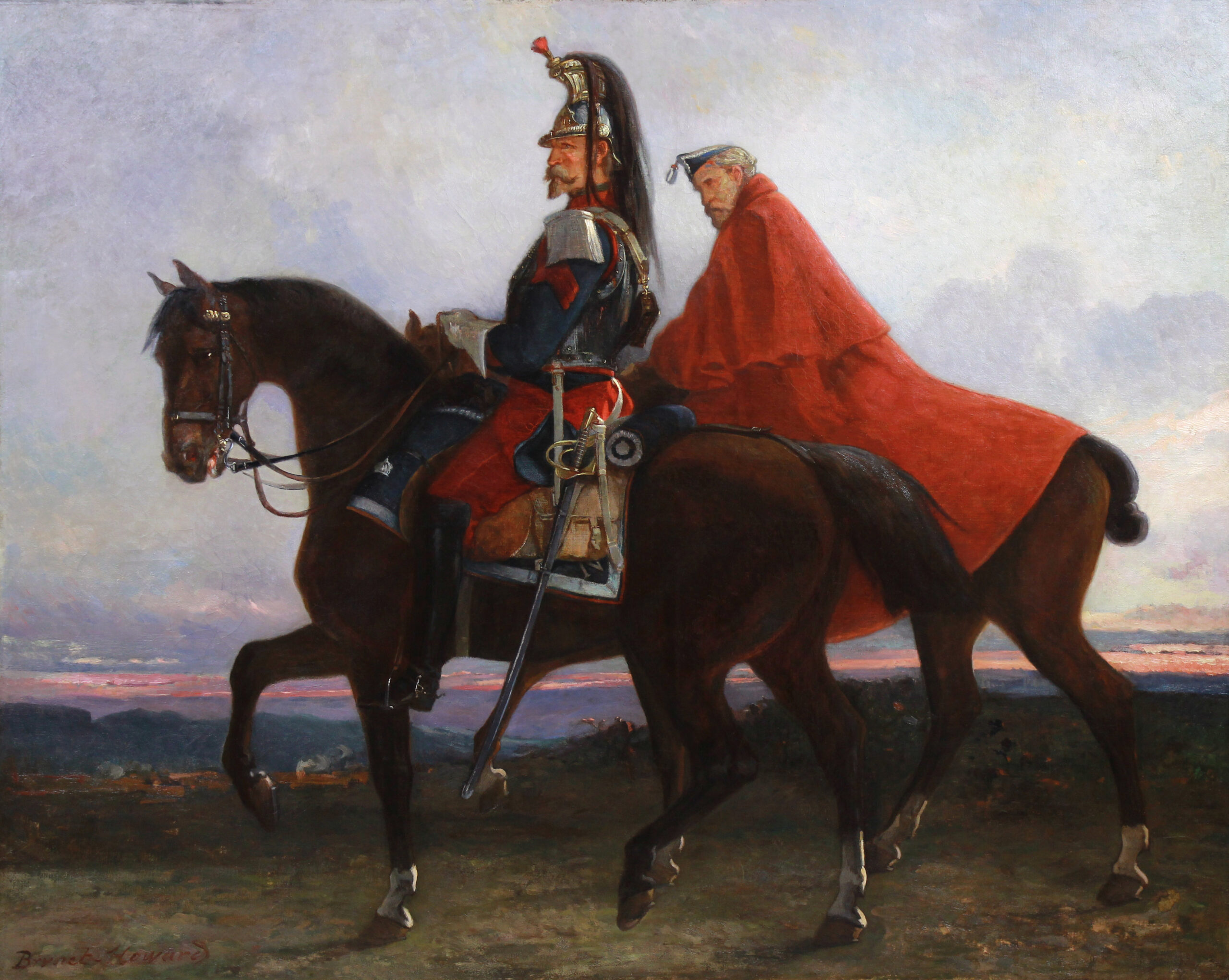 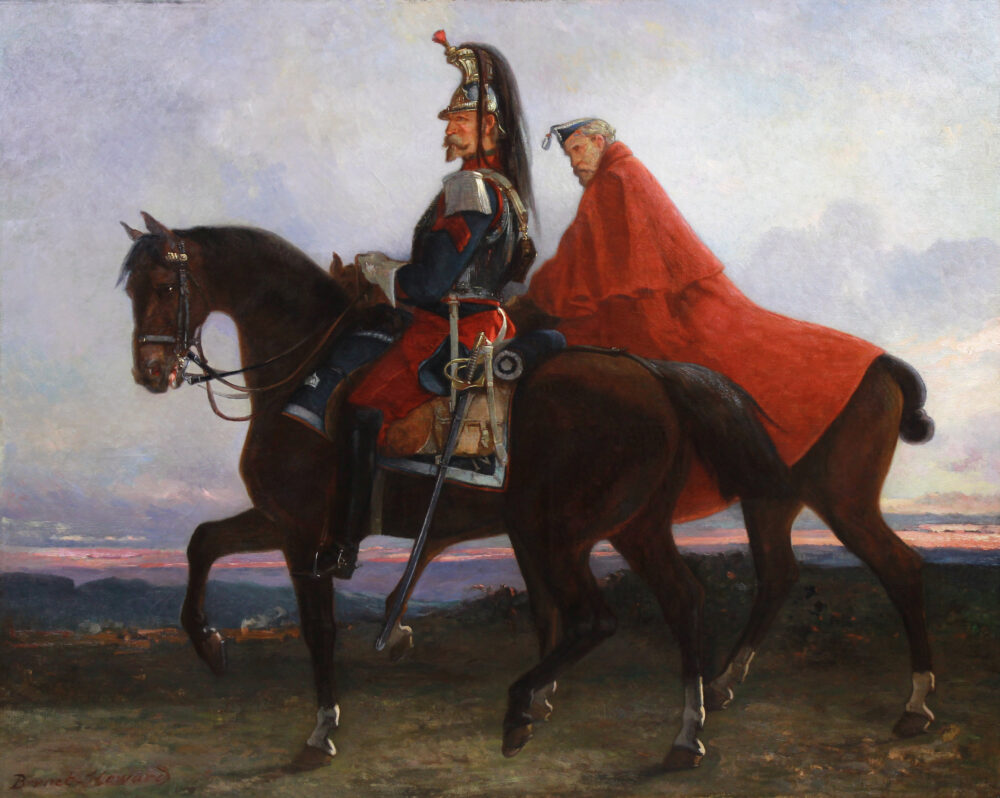 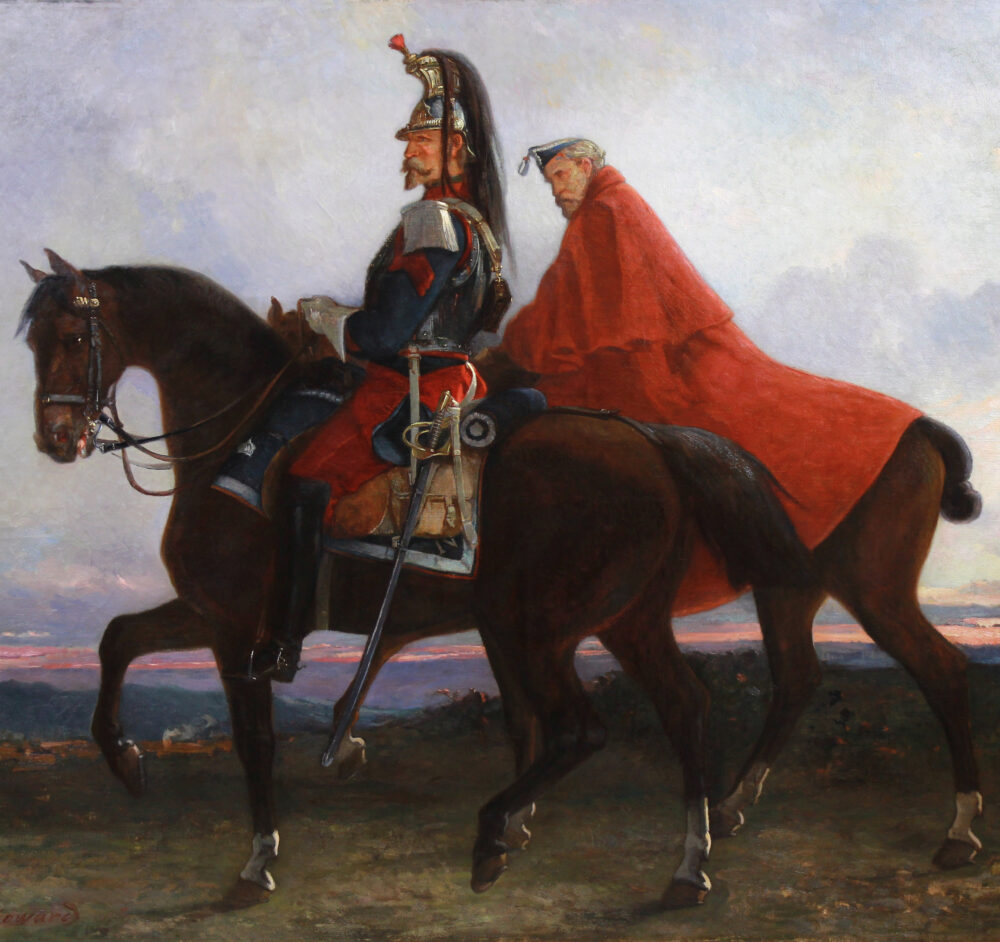 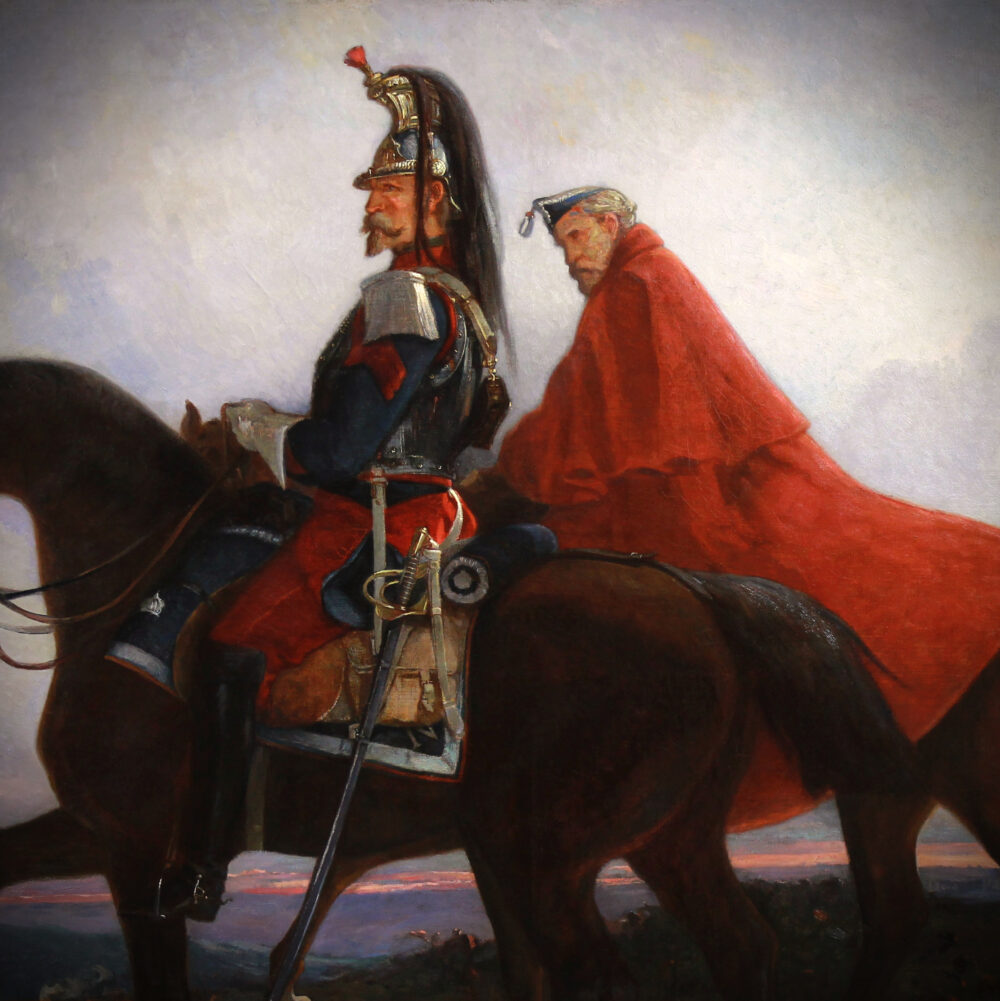 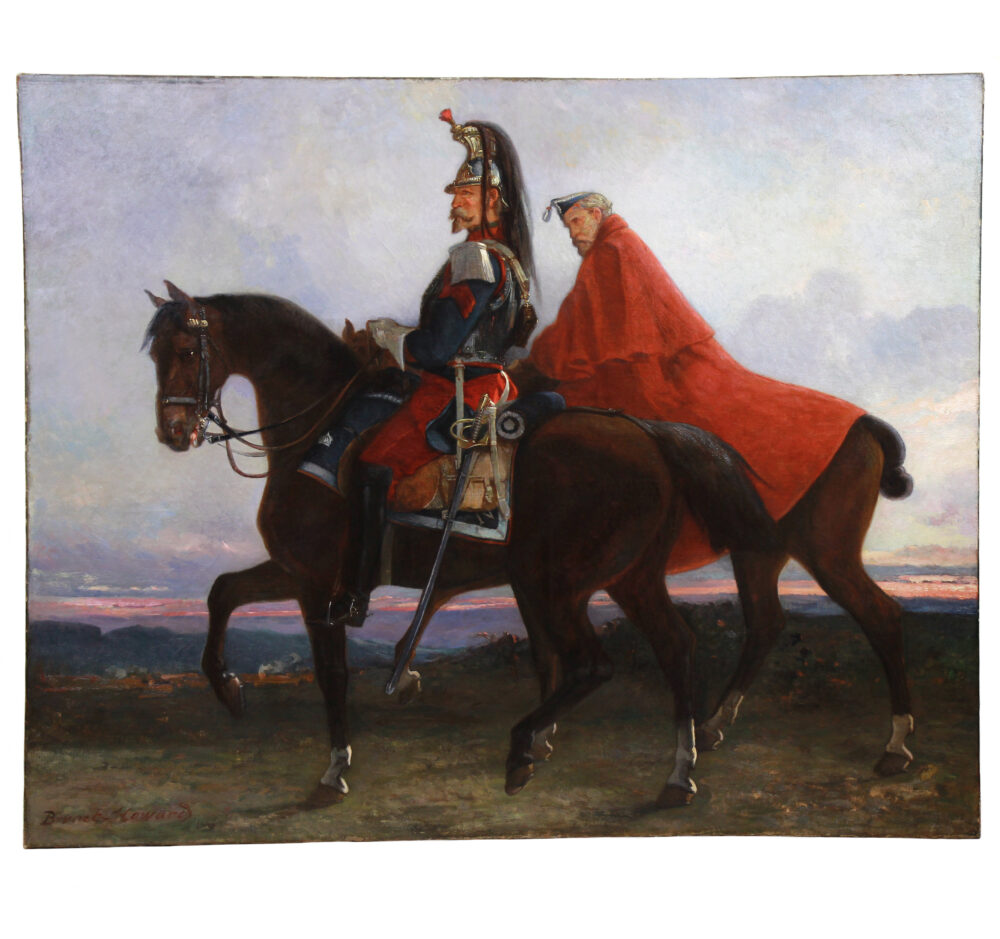 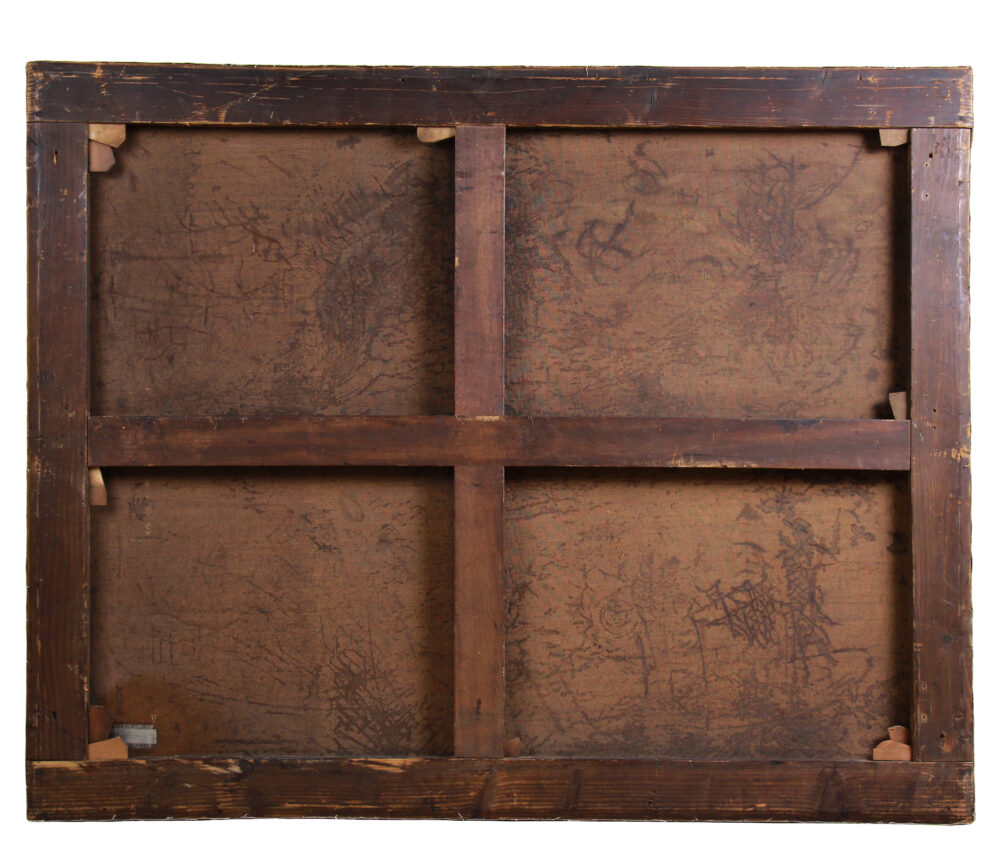 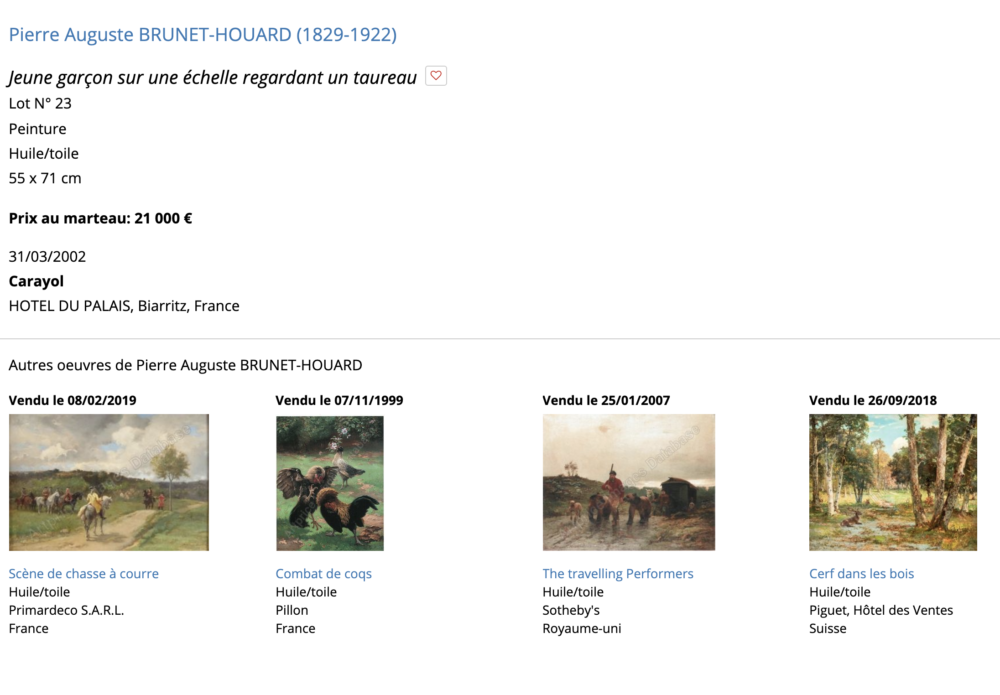 Pierre-Auguste Brunet-Houard was a French painter born in 1829.

Houard’s work has been offered for auction several times.

for “Young boy on a ladder looking at a bull”, sold to “Hotel Du Palais” Biarritz, France in 2002.