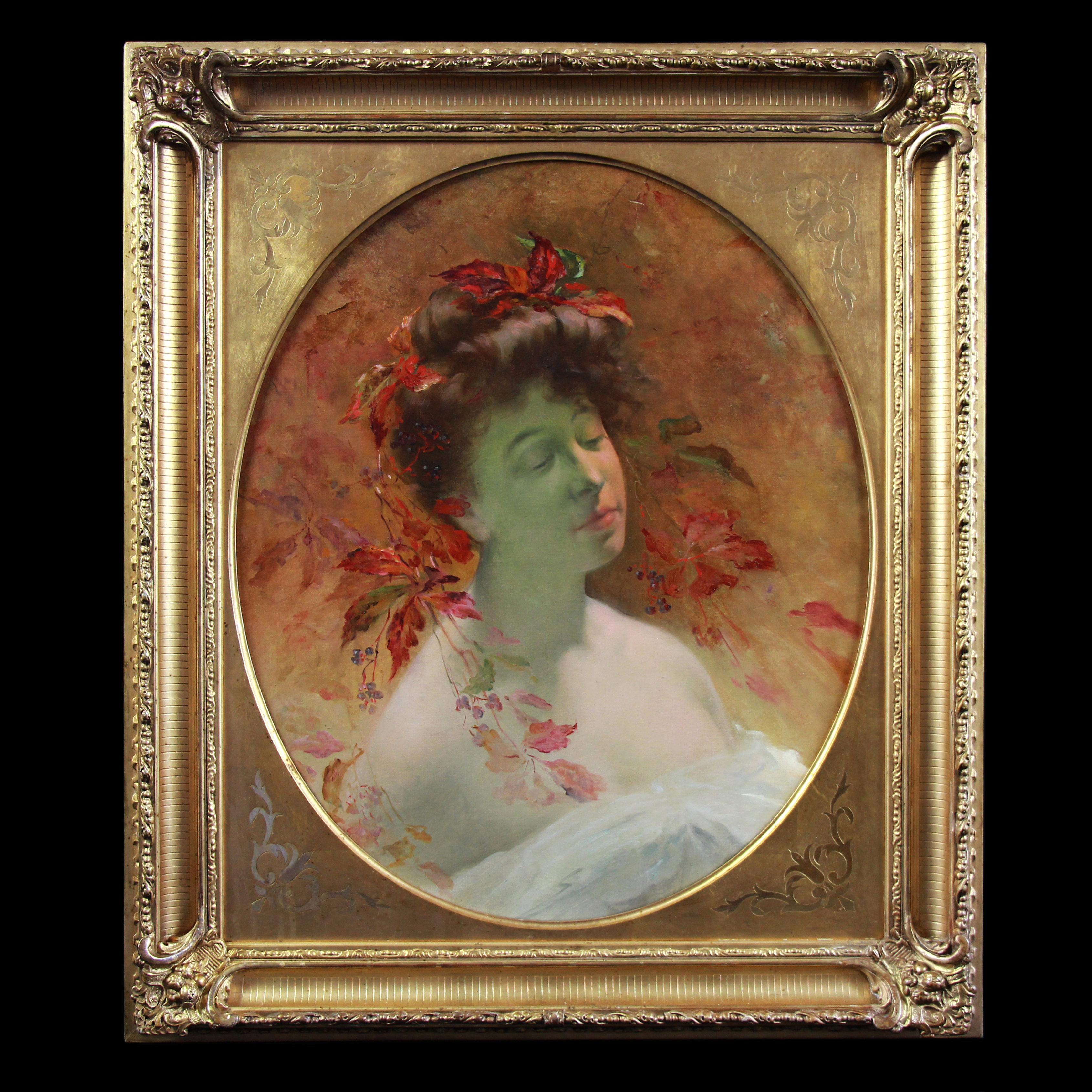 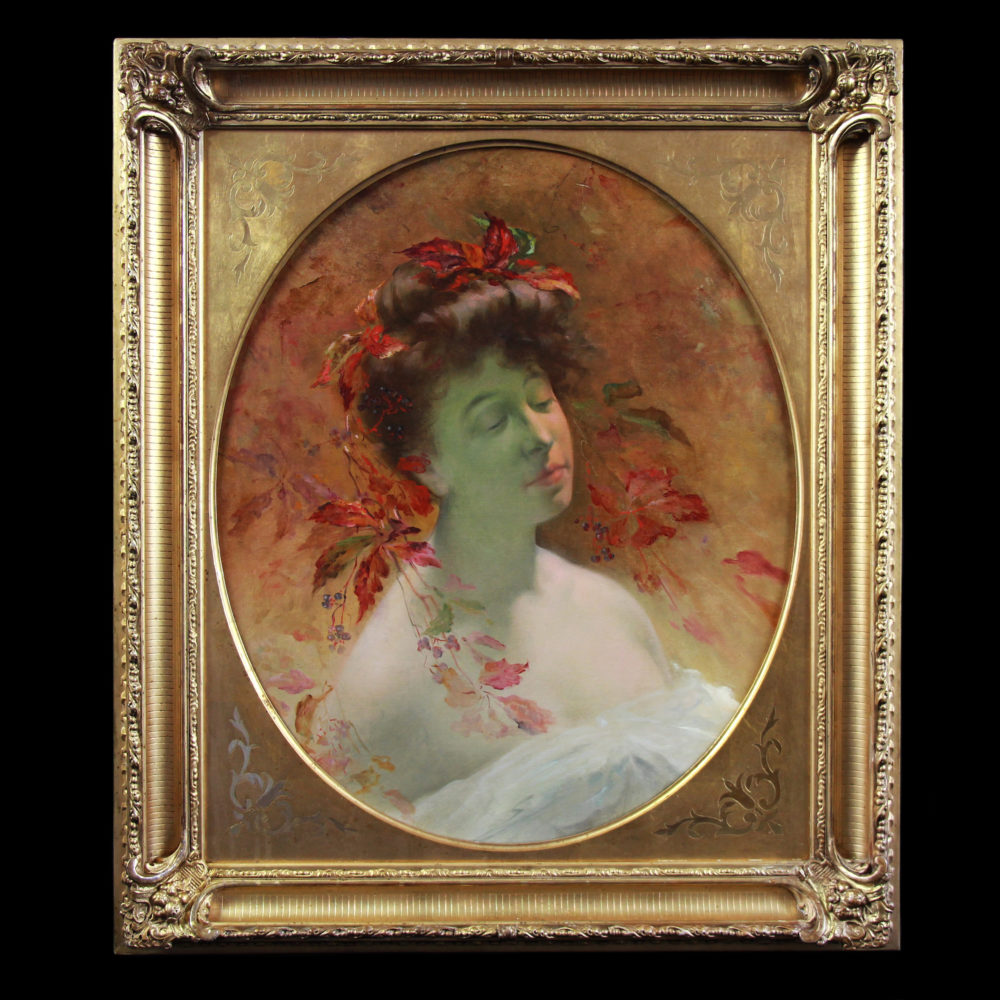 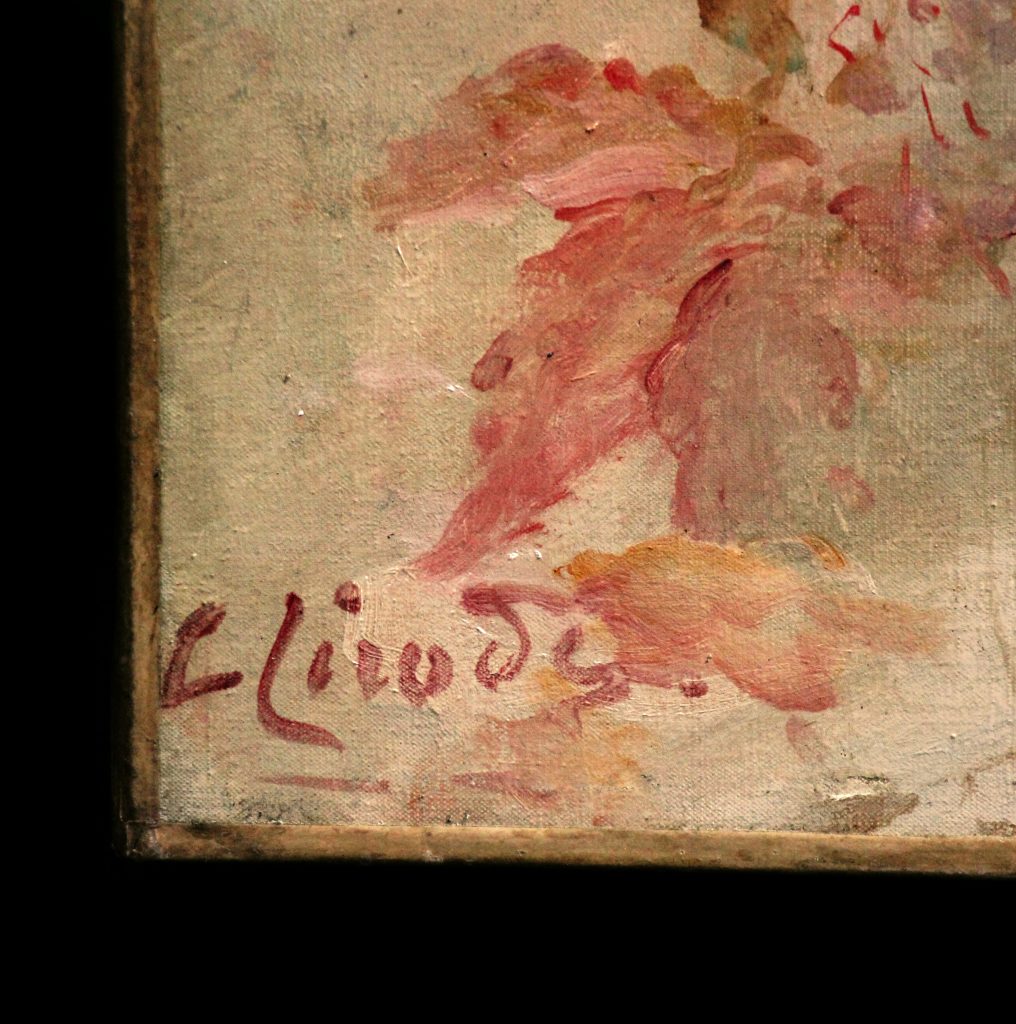 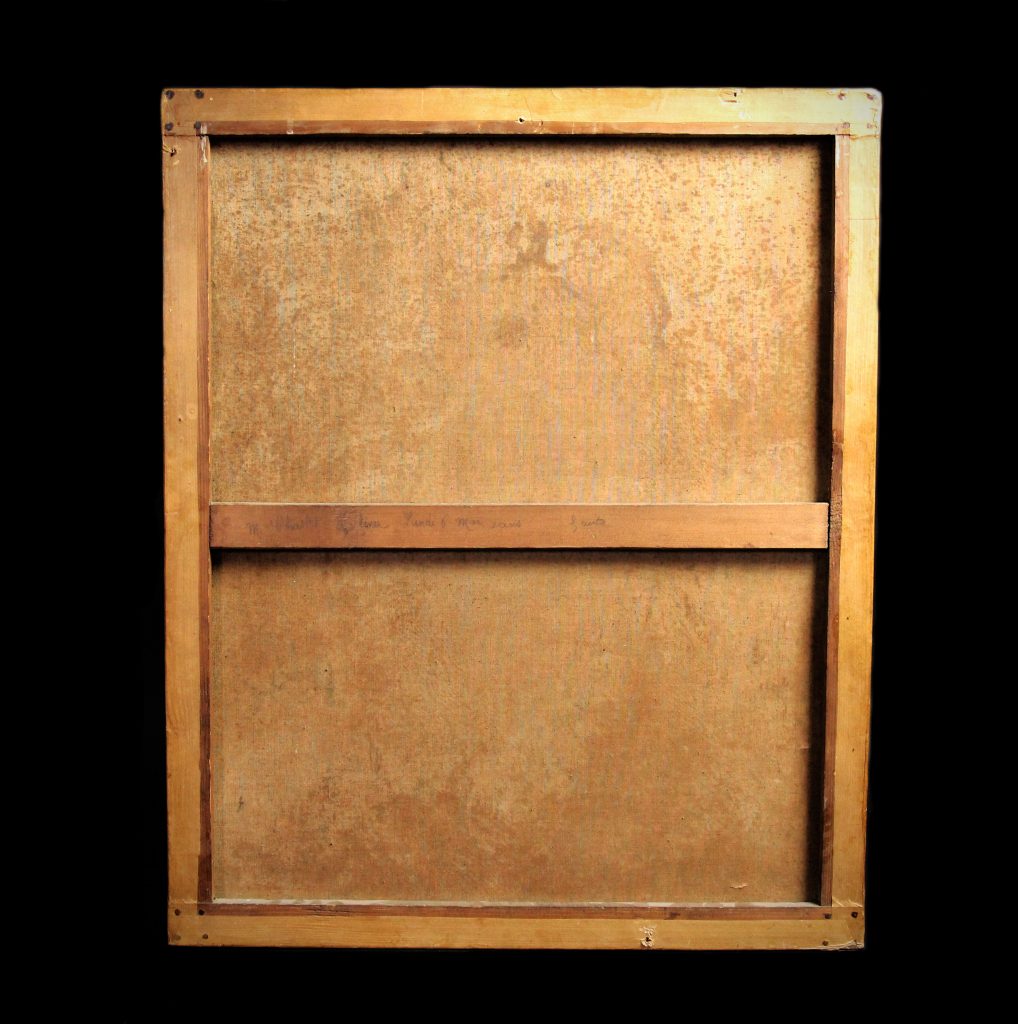 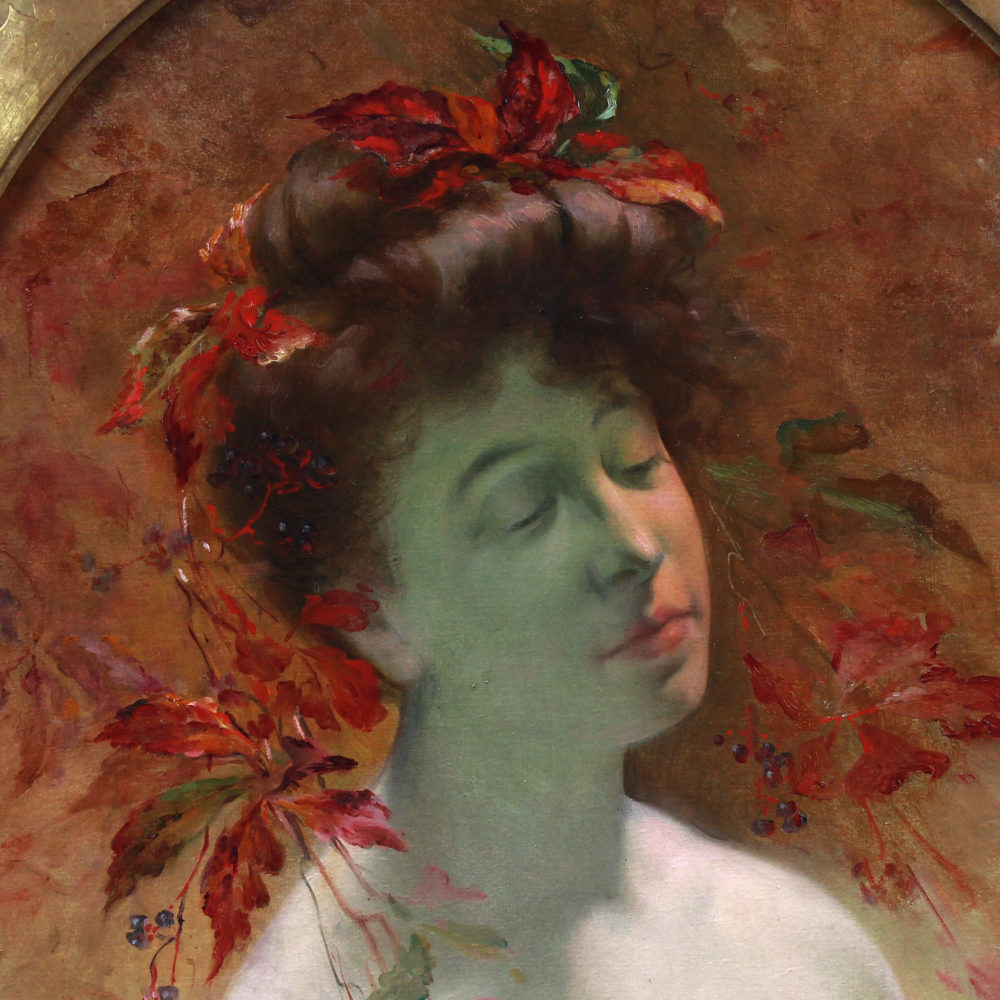 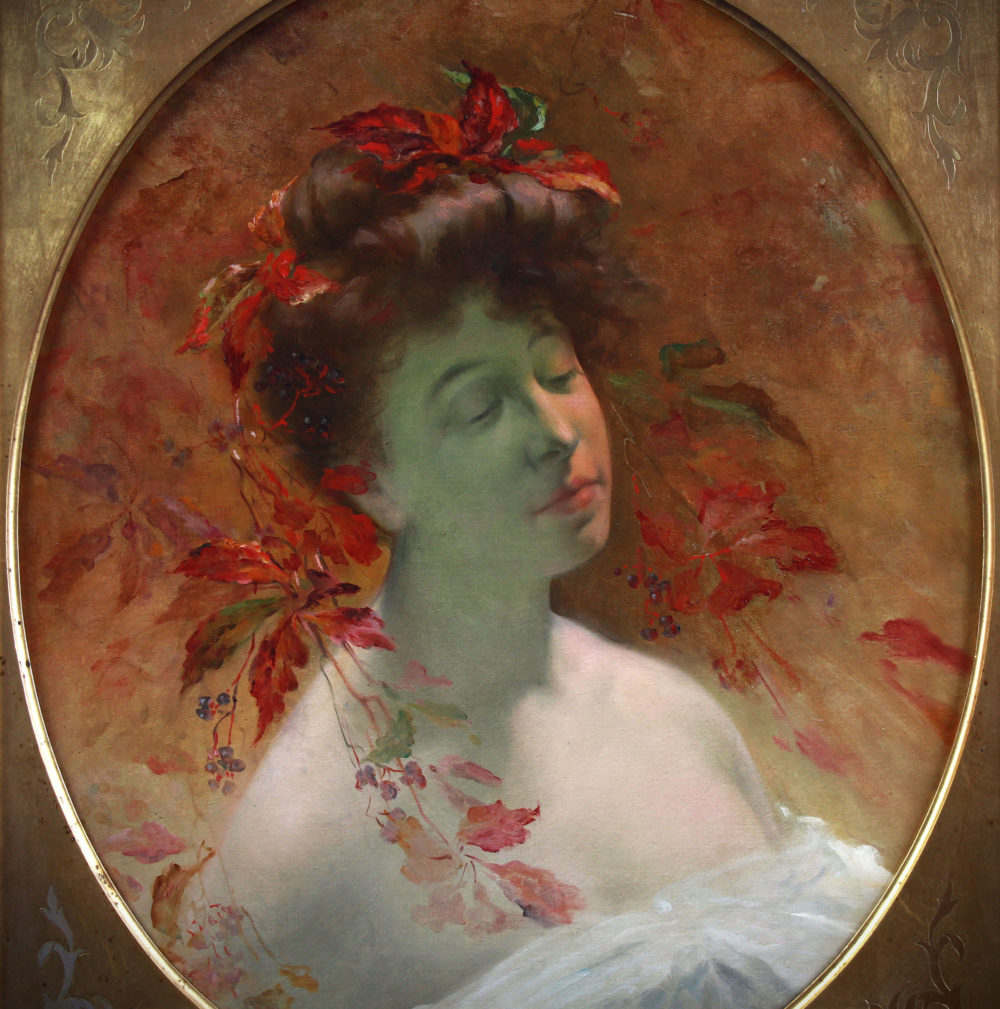 Born in 1873 in Besançon, Leon Tirode student of Giacomotti left for Paris in the studio of Léon Bonnat.

Influenced by the style of his master, he favors the art of portraiture, while excelling in that of landscape.

Léon Tirode participates on several occasions in the Salon of French artists, where the jury distinguished him in 1905 and 1913

Back in Franche-Comté, admirer of Isenbart, he made a career in his province as a good reporter of the most characteristic sites along the Doubs and Loue, from the gorges of Haut-Doubs to the plains of Haute-Saône. .

He was thus felt, throughout his life, as a painter close to his compatriots. He died in Besançon in 1953.

This Portrait of a nymph is a very exceptional Art Nouveau painting , framed is an exclusive gilded  frame !

Sold with the frame !!