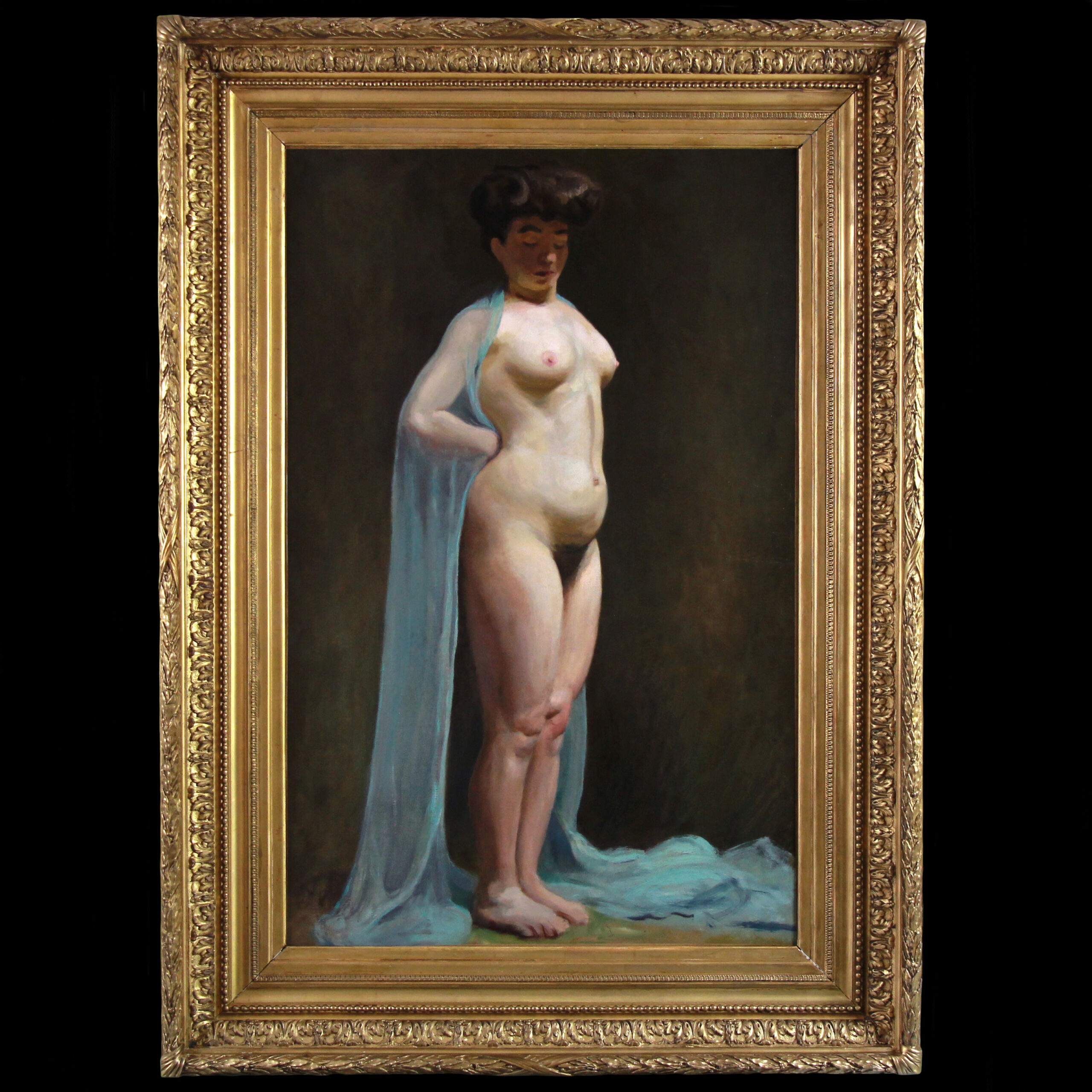 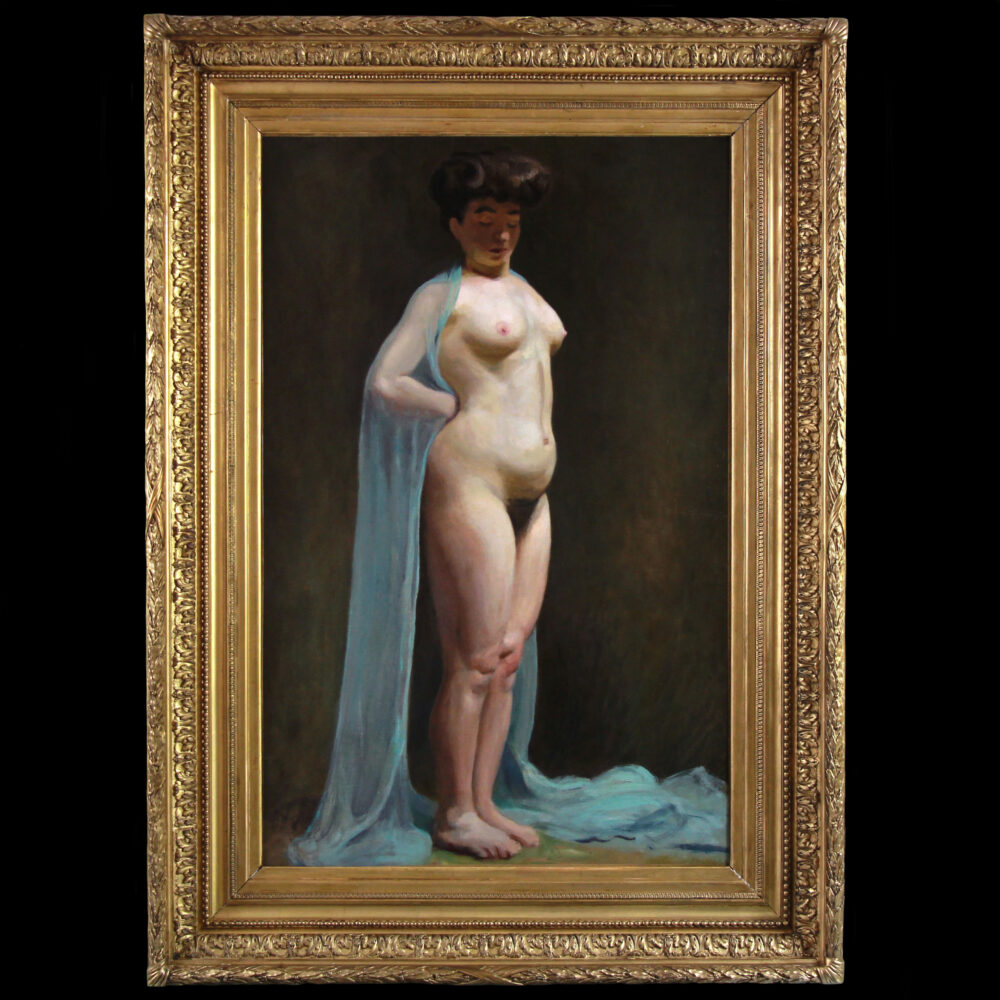 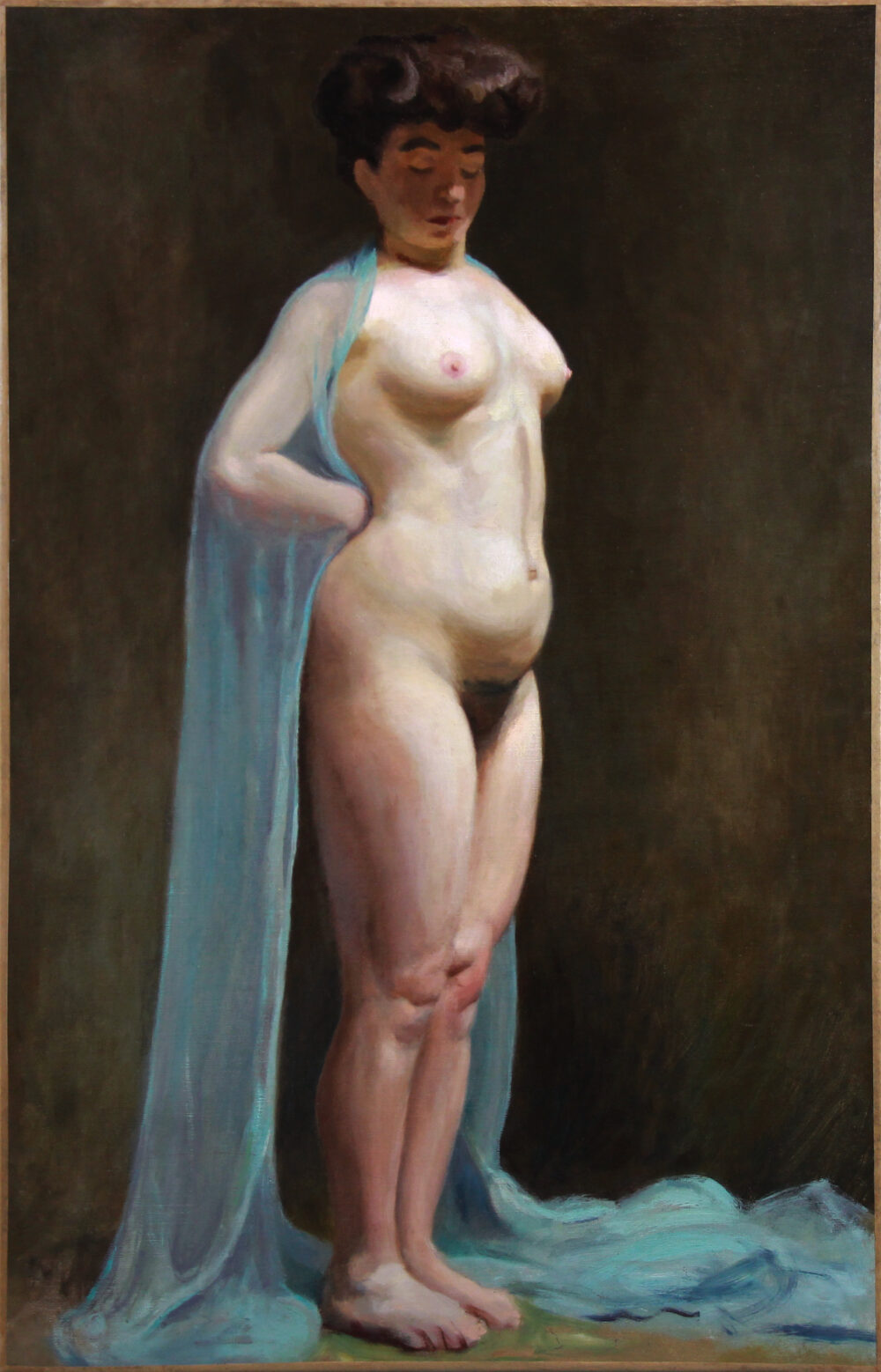 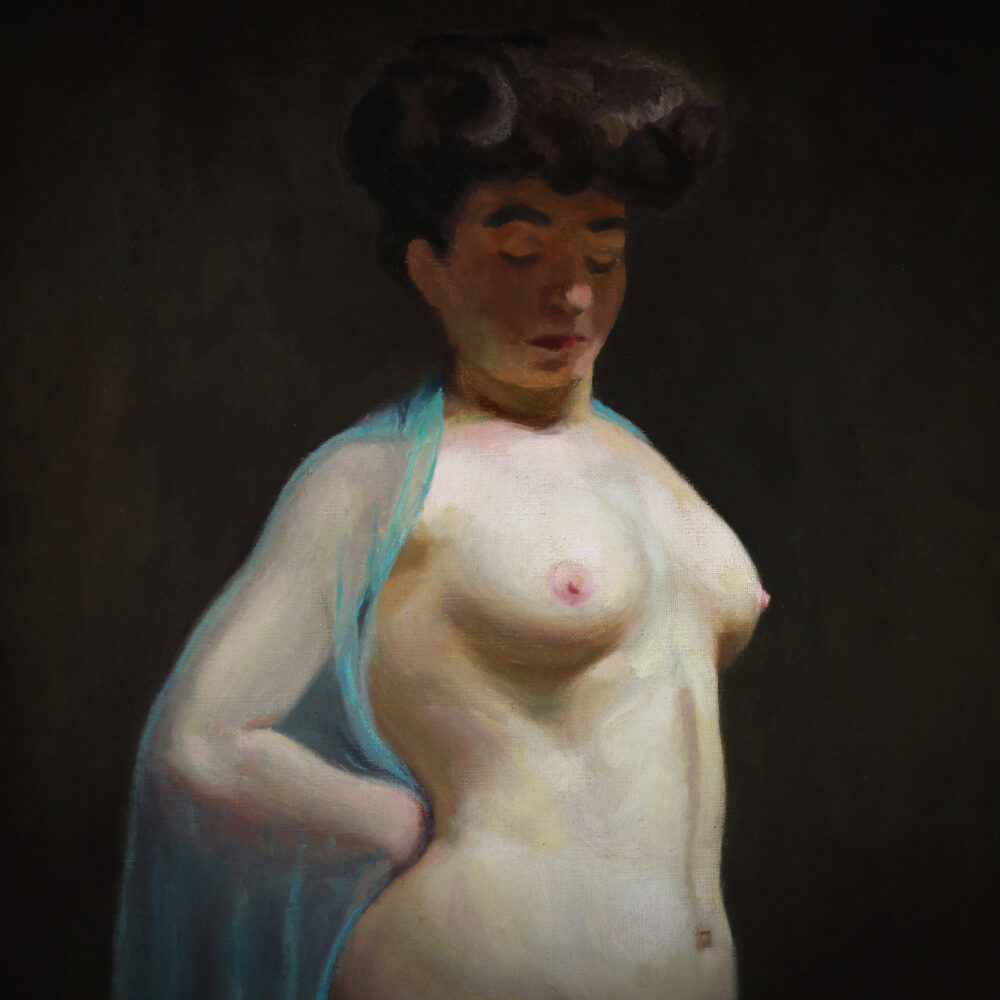 He was one of the most esteemed portraitists of the upper classes during the Third Republic.

Extra info about the style :

Academic art, or academicism or academism, is a style of painting and sculpture produced under the influence of European academies of art.

Specifically, academic art is the art and artists influenced by the standards of the French Académie des Beaux-Arts,

which was practiced under the movements of Neoclassicism and Romanticism,

and the art that followed these two movements in the attempt to synthesize both of their styles, and which is best reflected by the paintings of William-Adolphe Bouguereau, Thomas Couture, and Hans Makart.

Title:  lady with the bleu veil

No import charges for the European Union !!