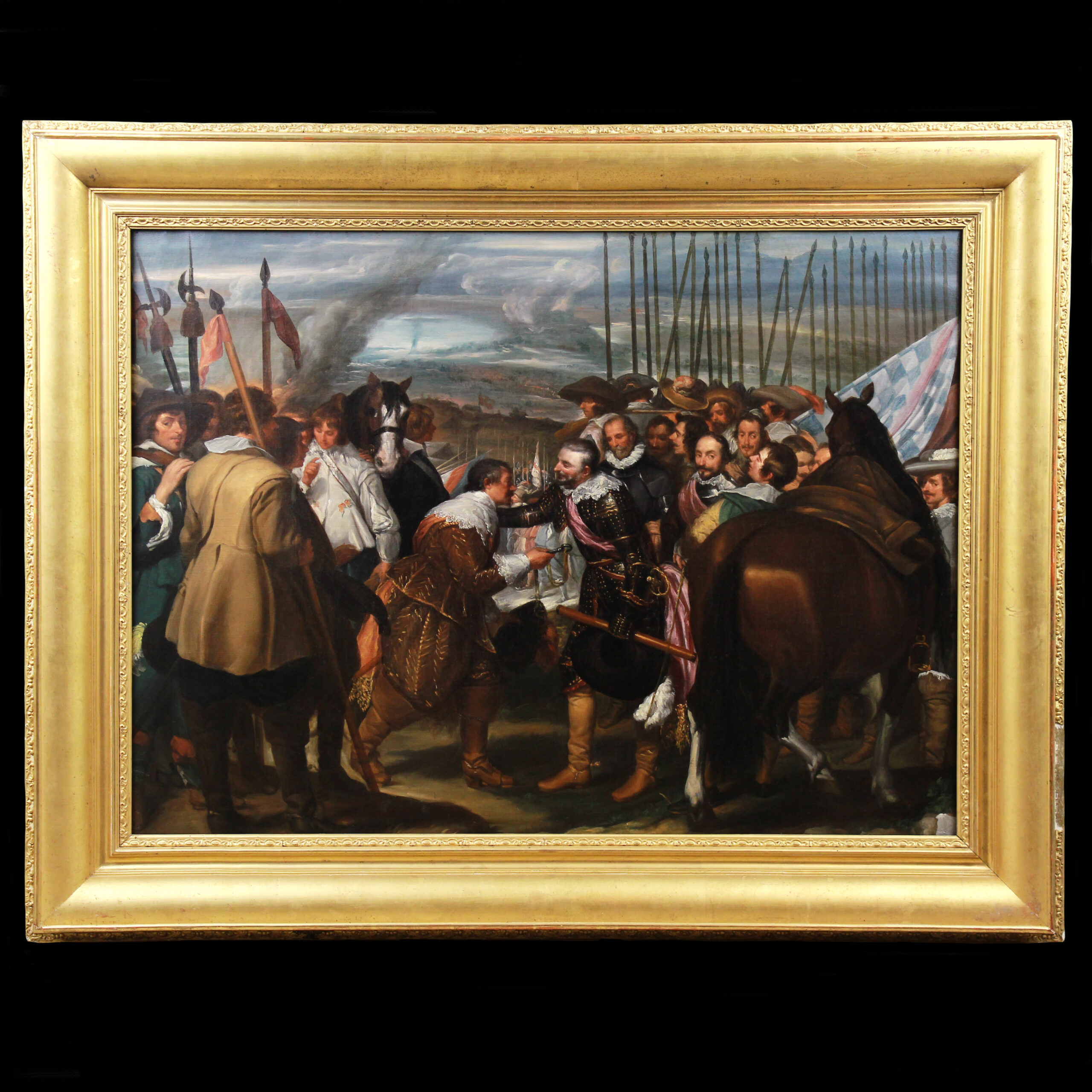 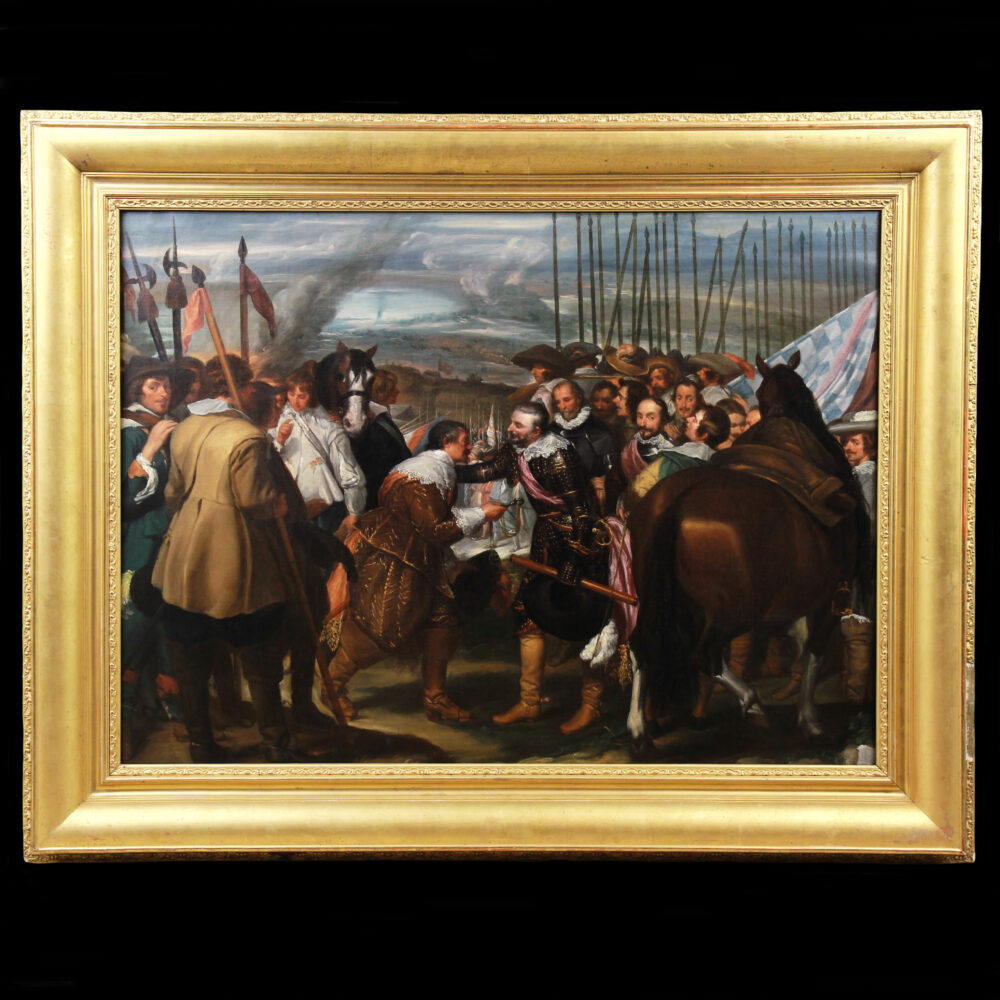 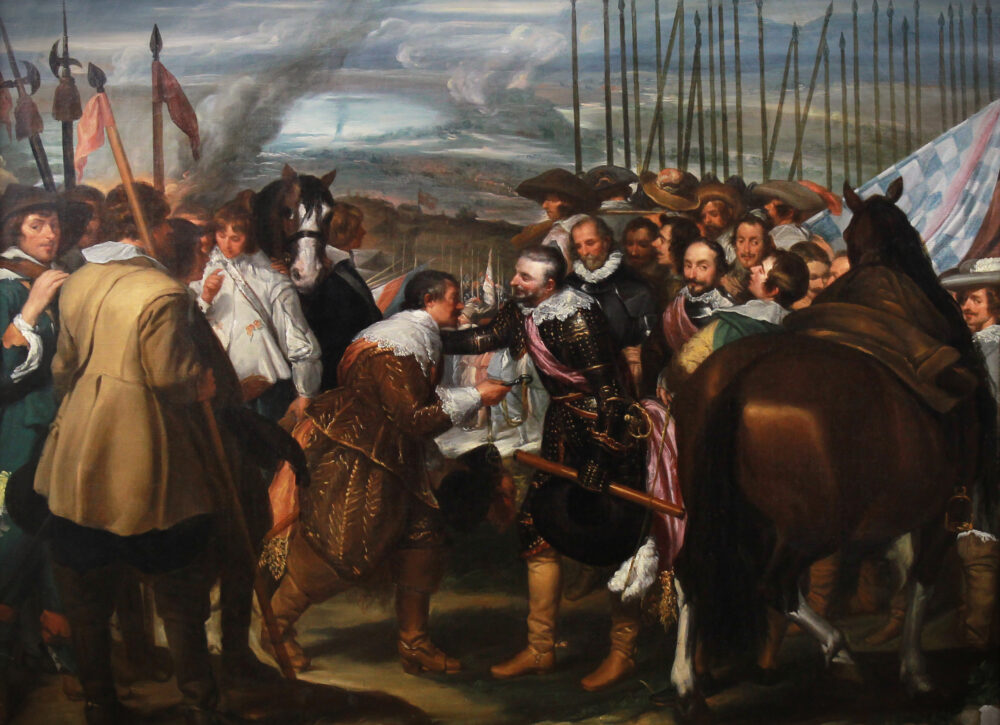 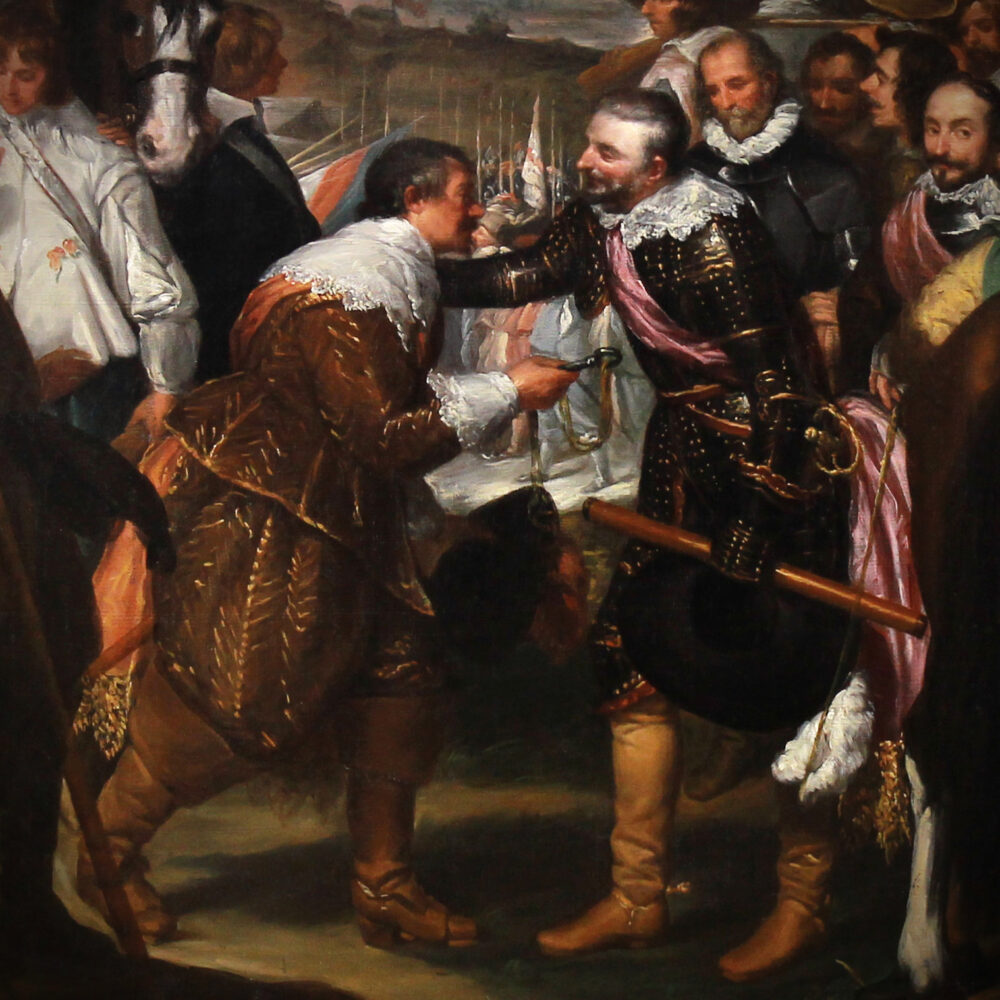 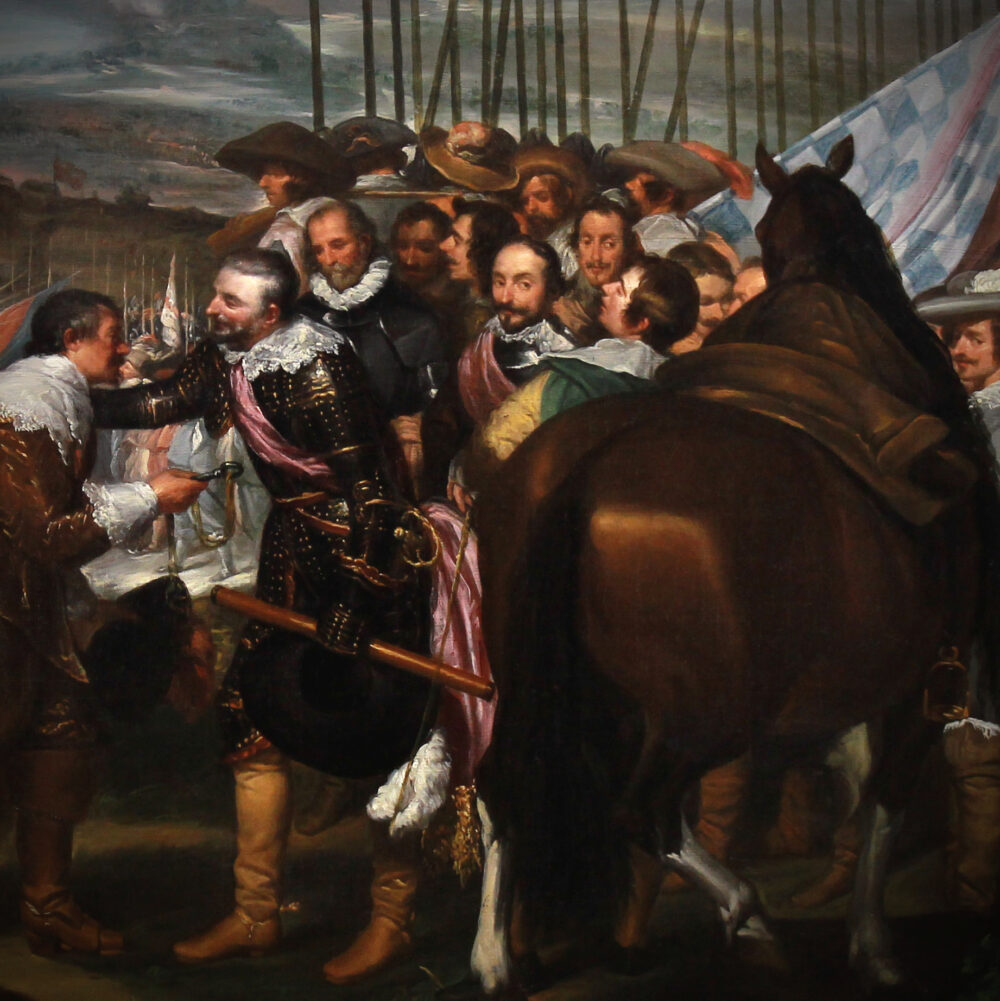 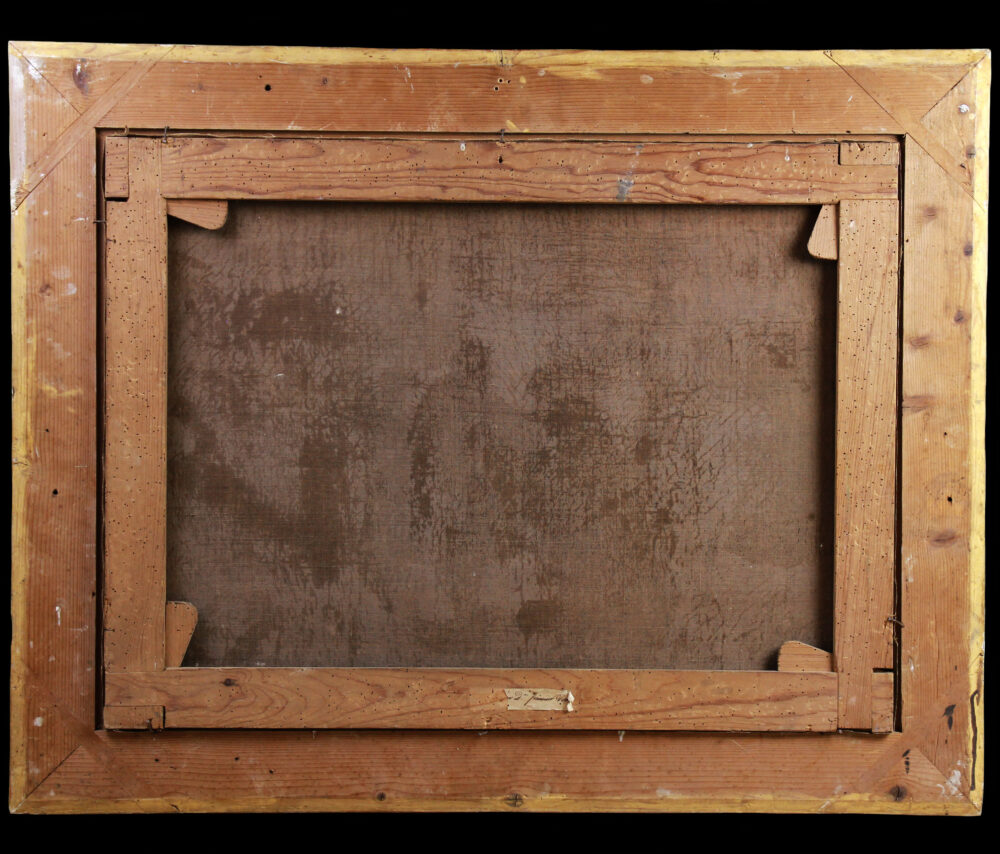 Enquiry about Historical scene oil on canvas after Diego Velázquez

Additional information about the painting :

It measures 307 cm high by 367 m wide and is preserved today in the Prado Museum.

The painting represents the handing over of the keys of the city of Breda by Justin de Nassau ( Dutch governor of the city ) to the Spanish general Ambrogio Spinola.

The response to Velazquez’s artwork was grand, the critical reaction being that ” The Surrender of Breda ” was the most impressive Spanish works of art.

Also, the artwork solidified Velazquez’s effort as the most superb depiction of Spanish Baroque, provided that Baroque art was closely connected to humanity and how people should be seen and represented