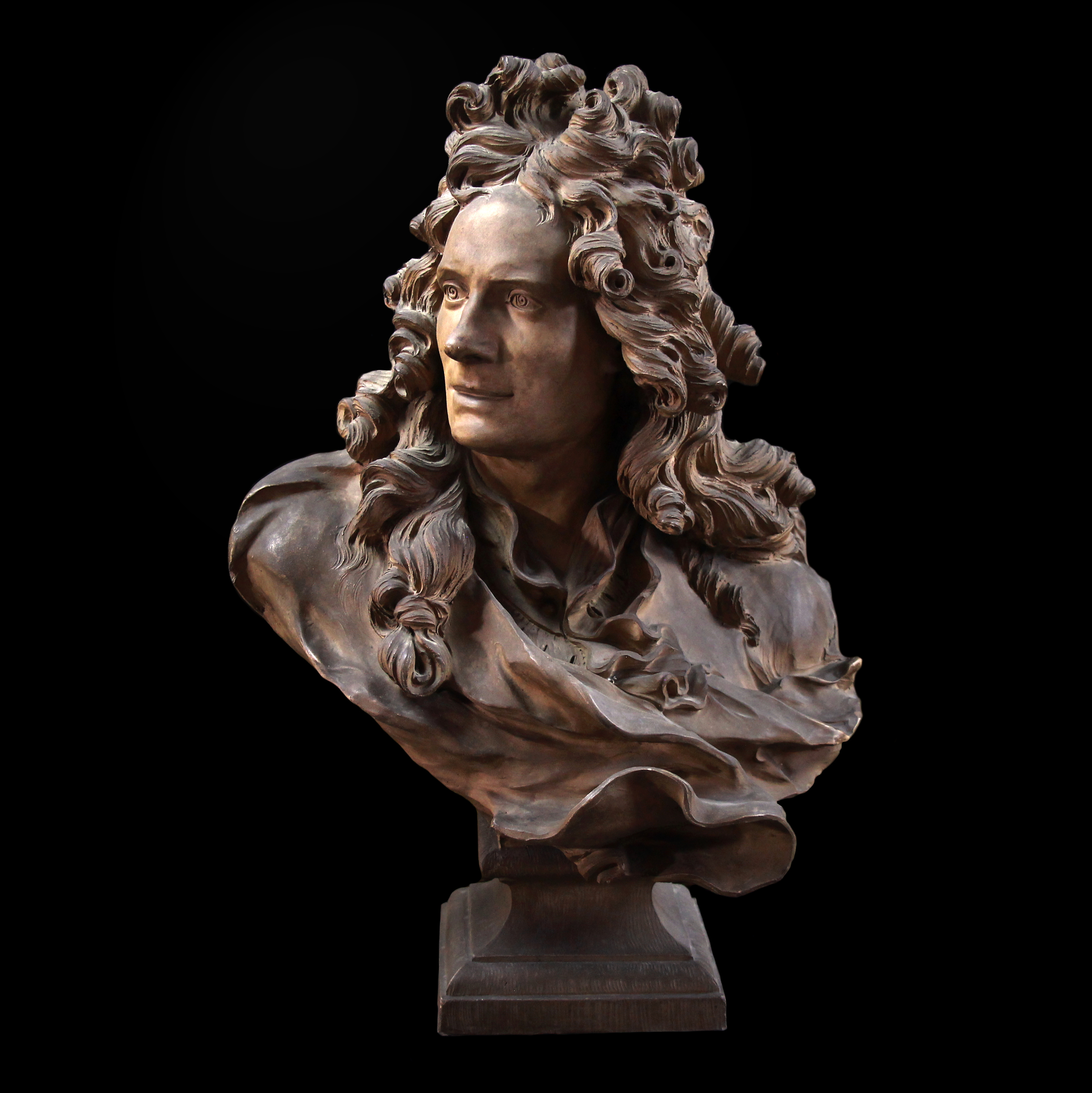 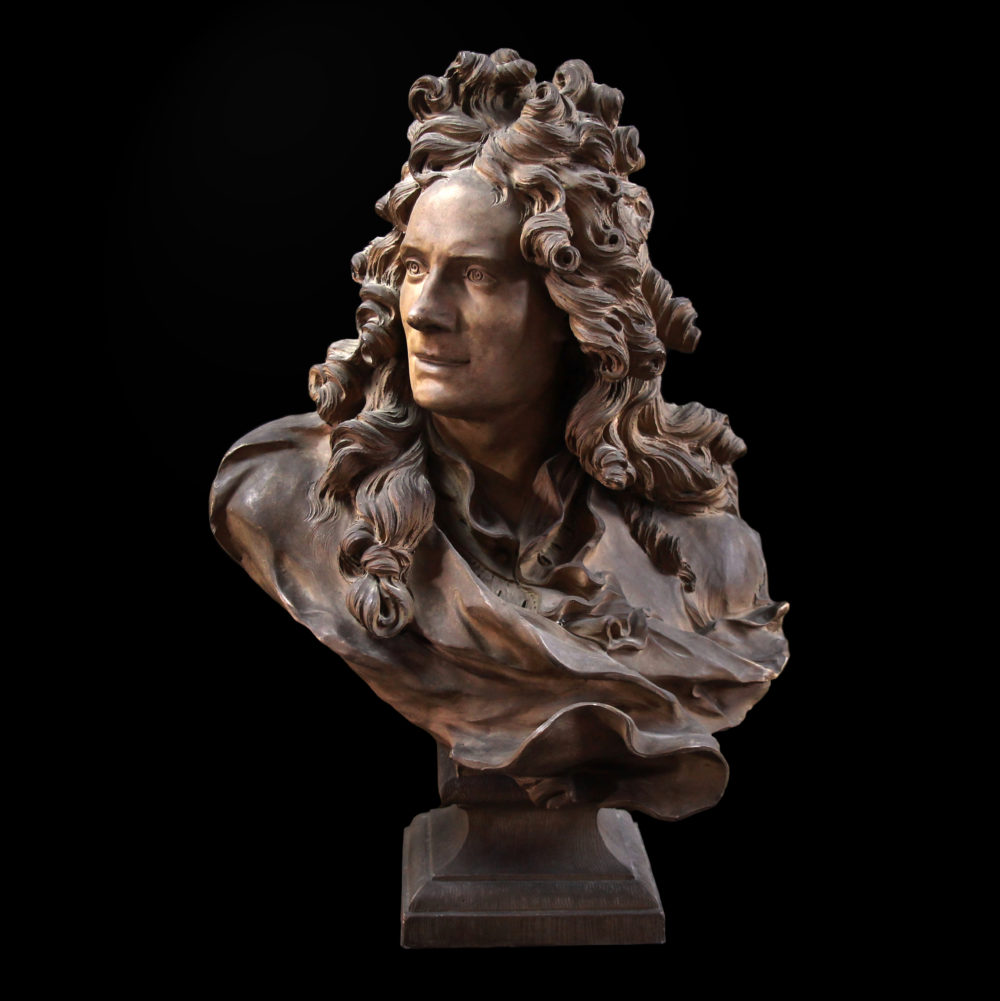 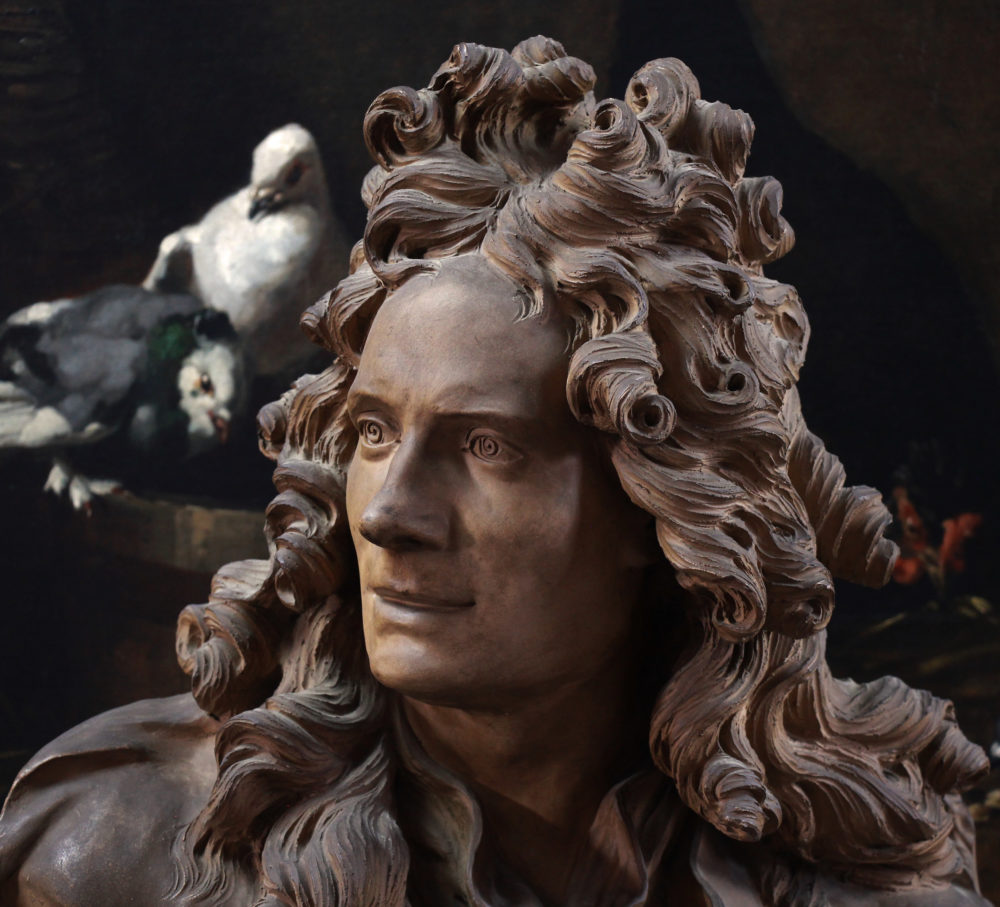 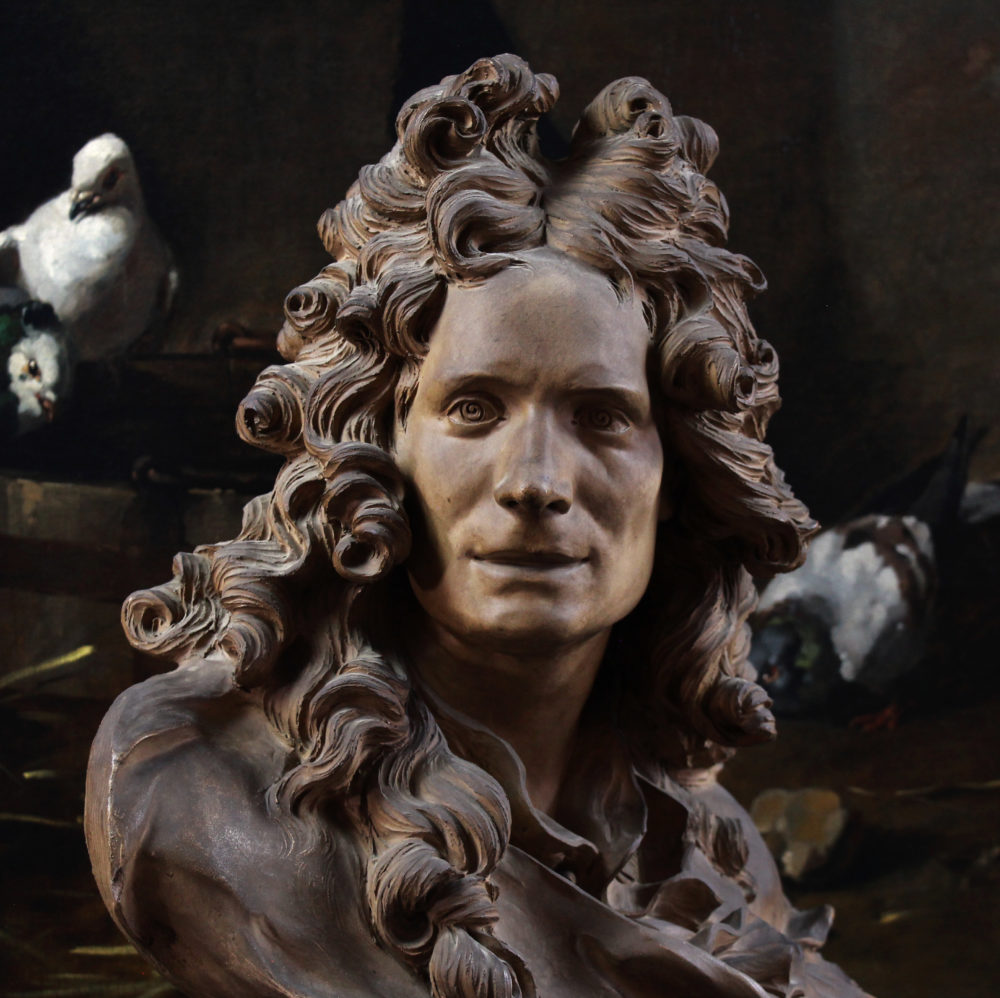 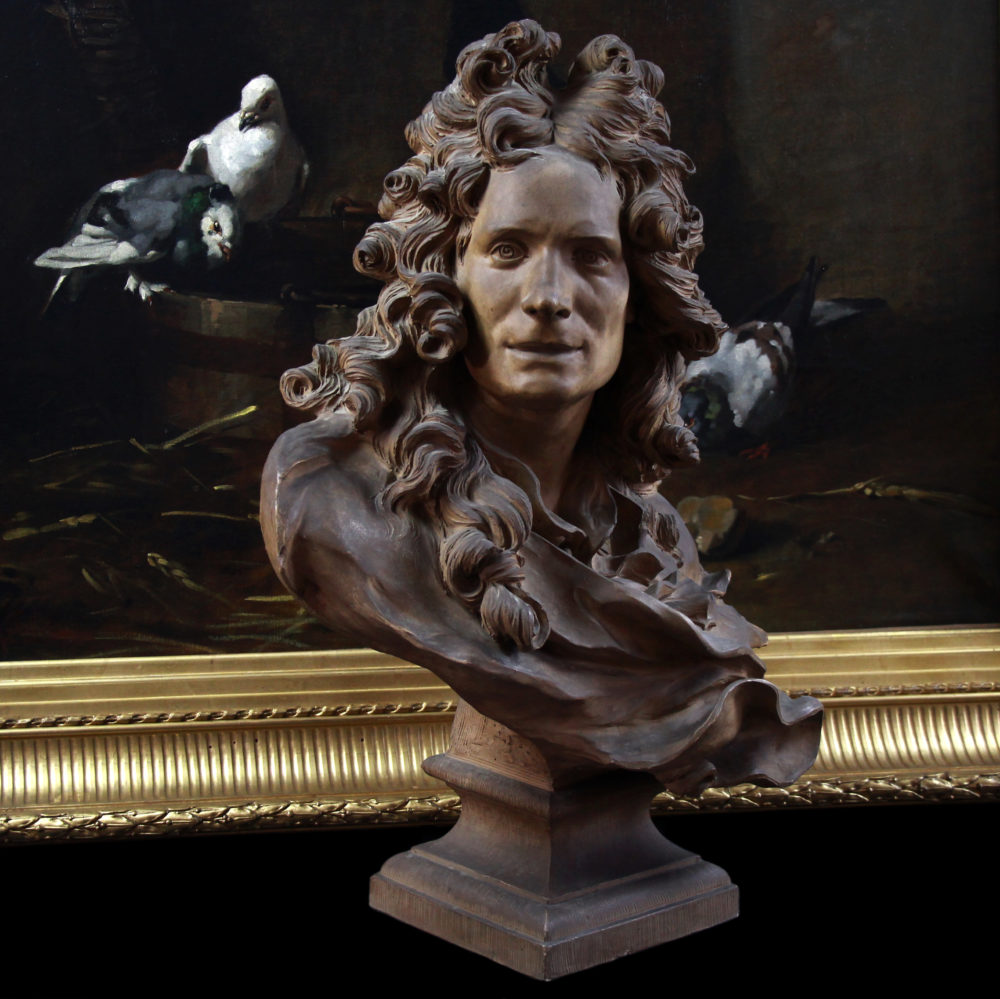 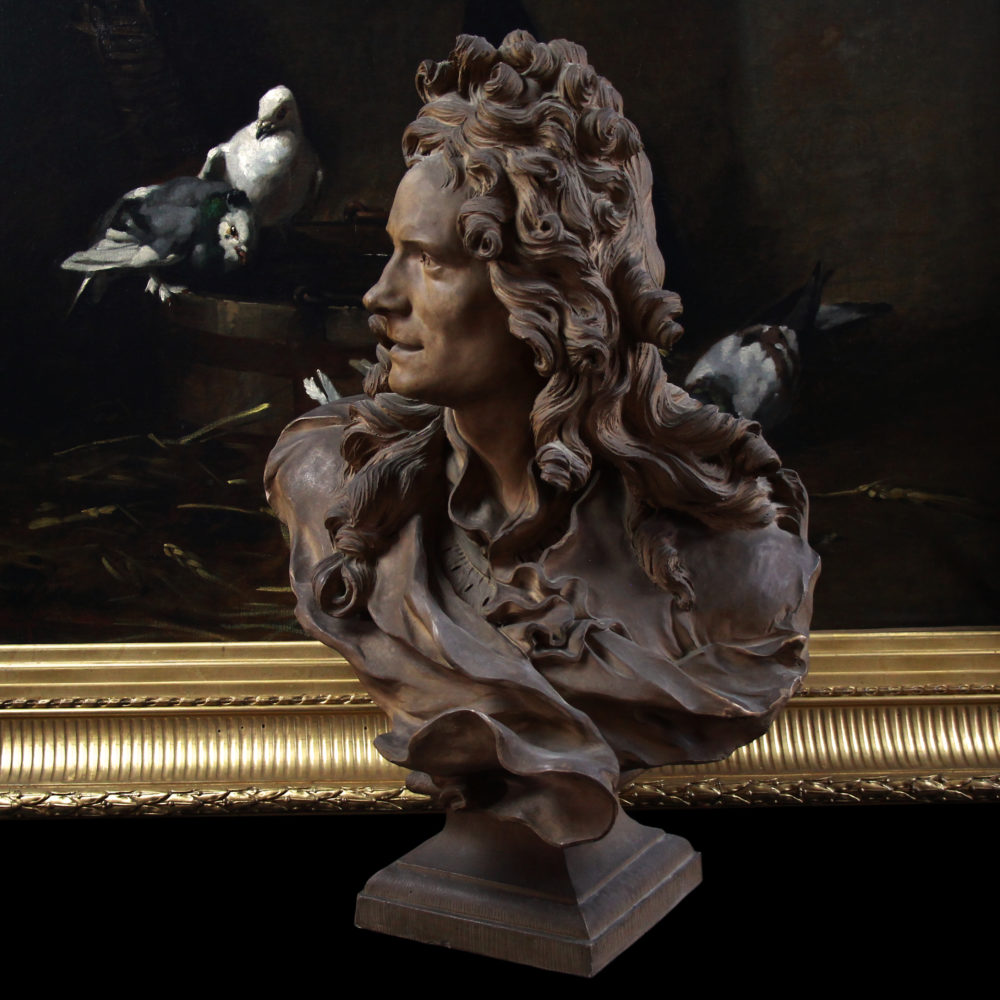 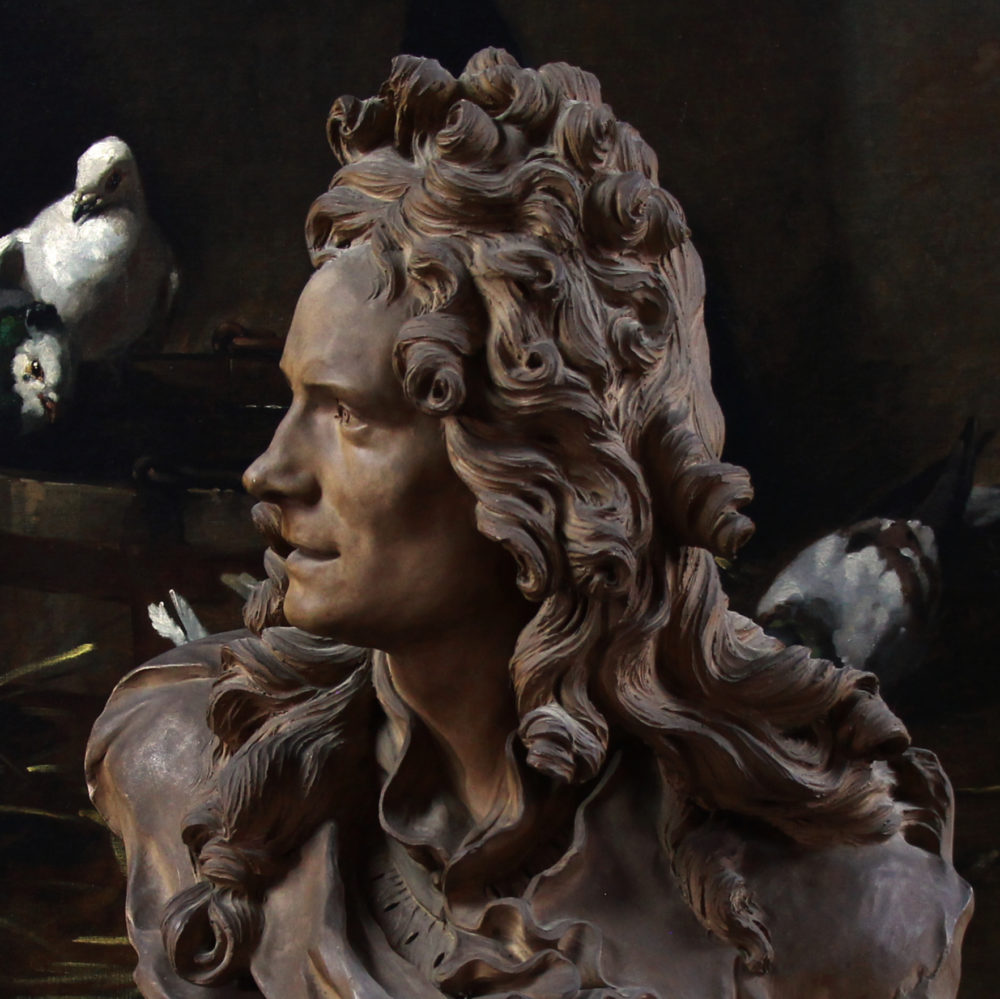 This is a beautiful bust that represents the sculptor “Corneille Van Cleve” terracotta executed by hand from the nineteenth century.

Very beautiful patina and in excellent condition, no restoration.

Jean-Jacques Caffieri (29 April 1725 – 22 June 1792) was a French sculptor. He was appointed sculpteur du Roi to Louis XV and later afforded lodgings in the Galeries du Louvre. He designed the fine ” rampe d’escalier ” which still adorns the Palais Royal. He is better known for his portrait busts, in terracotta or marble: his bust of Madame du Barry is at the Hermitage Museum, St Petersburg. He made a name with his busts of Pierre Corneille and Jean Racine for the foyer of the Comédie Française.

He was born in Paris and came from a family of sculptors from Italy, who had moved to France during cardinal Mazarin’s regency. His father Jacques Caffieri and his elder brother Philippe Caffieri were also sculptors. Jean-Jacques remained unmarried and had no children. A pensionary at the Villa Medici in Rome from 1749 to 1753, as well as a student of François Lemoyne, he joined the Académie Royale de Peinture et de Sculpture in France in 1757. He produced bust or portraits of many great men, notably Pierre Corneille, Thomas Corneille, Philippe Quinault, Jean de la Fontaine and Jean-Philippe Rameau, as well as the monument to Richard Montgomery in St. Paul’s Chapel in New York City. His students included Jean-Joseph Foucou.