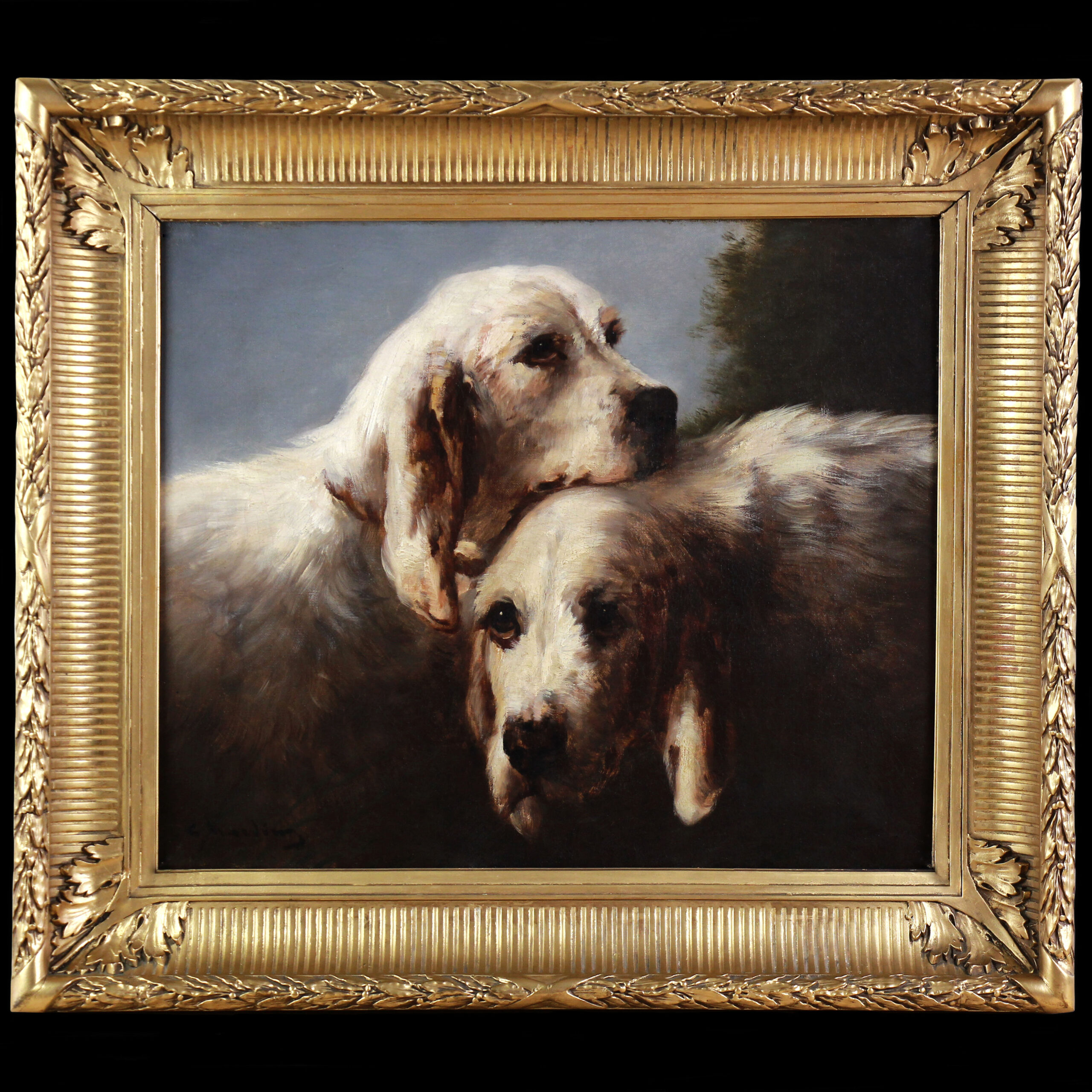 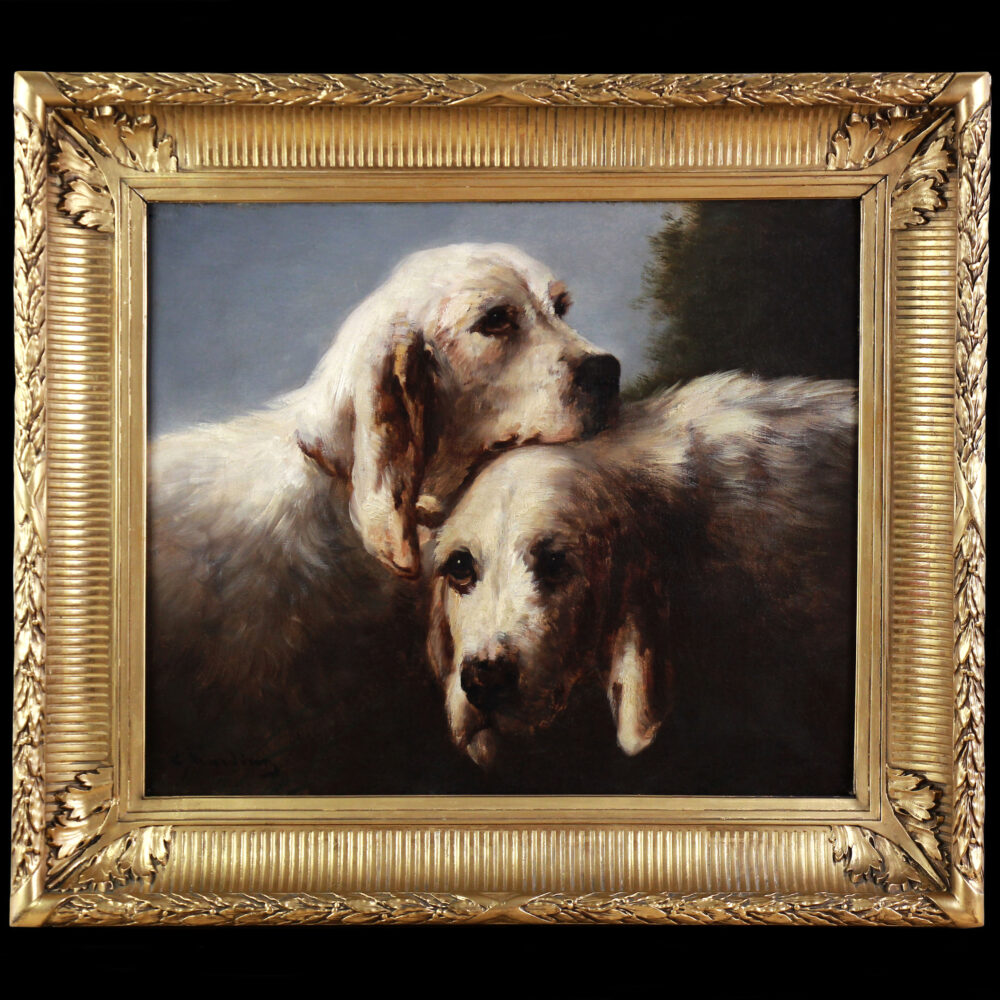 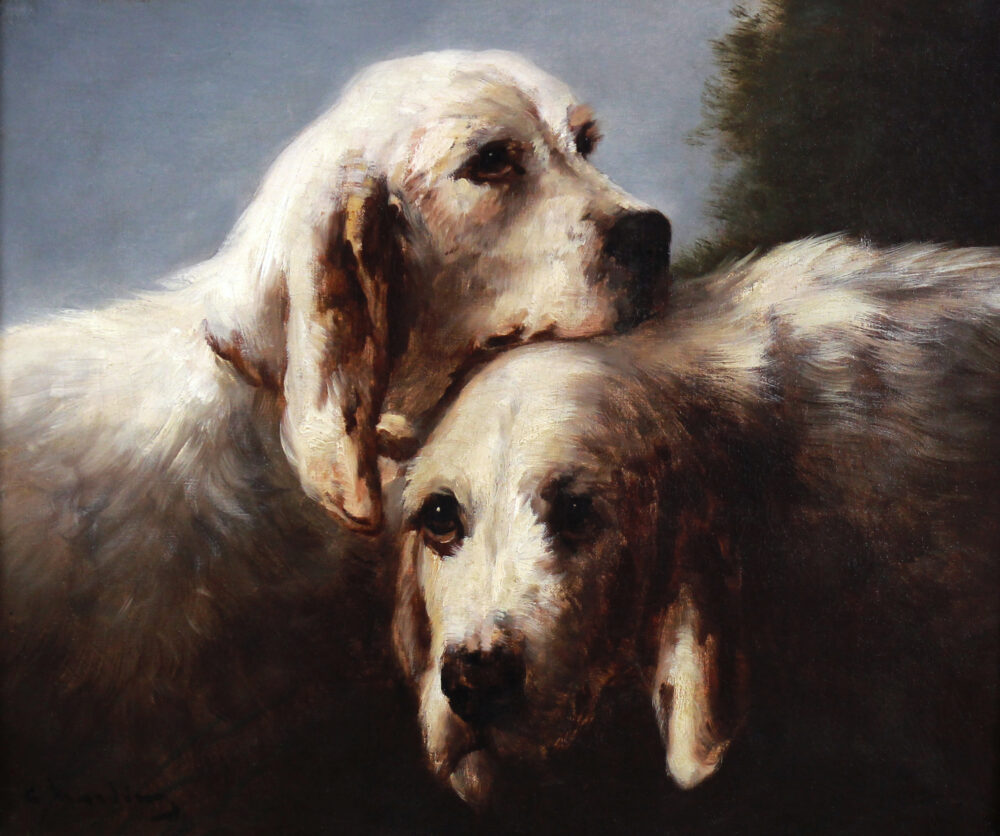 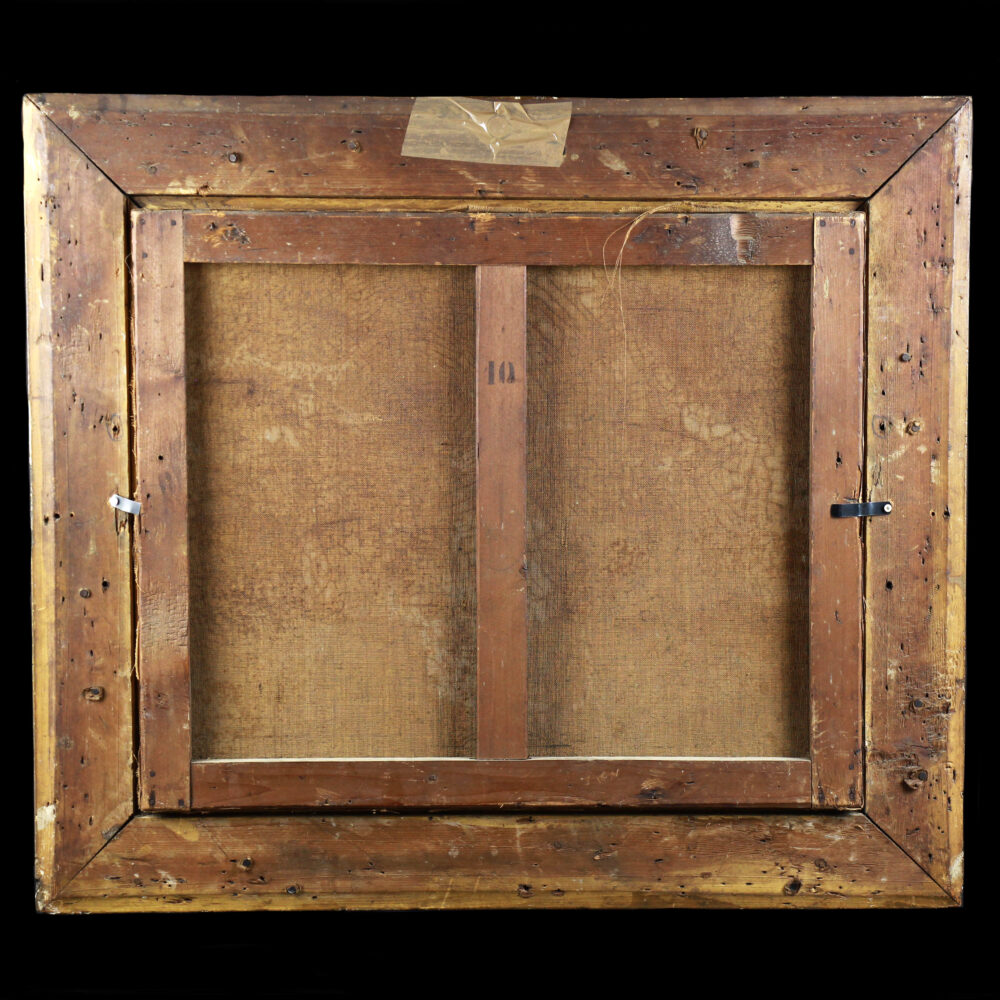 This painting is a late 19th century quality work of art , and has been painted by the talented British painter Jules Chardigny .

Very decorative and exclusive paintings , so it’s perfect for the dog painting collectors .

Jules Chardigny was born in London in 1842.

He is the son of the sculptor Pierre Joseph Demongé Chardigny.

First a pupil of his father, he became that of Thomas Couture.

He began to exhibit in 1864 and took part for the last time in the Salon in 1885, the year in which he sent a painting.

As a sculptor, he mainly executes busts , and as a painter , still lifes and some portraits. He died at the end of 1892.

Additional information about the dog breed :

The ” grand Griffons vendéens ” is an very old dog breed , which crossed the ages.

He is very resistant and so used to hunt in very difficult conditions .

Having a predisposition for life in a pack, he loves being surrounded.