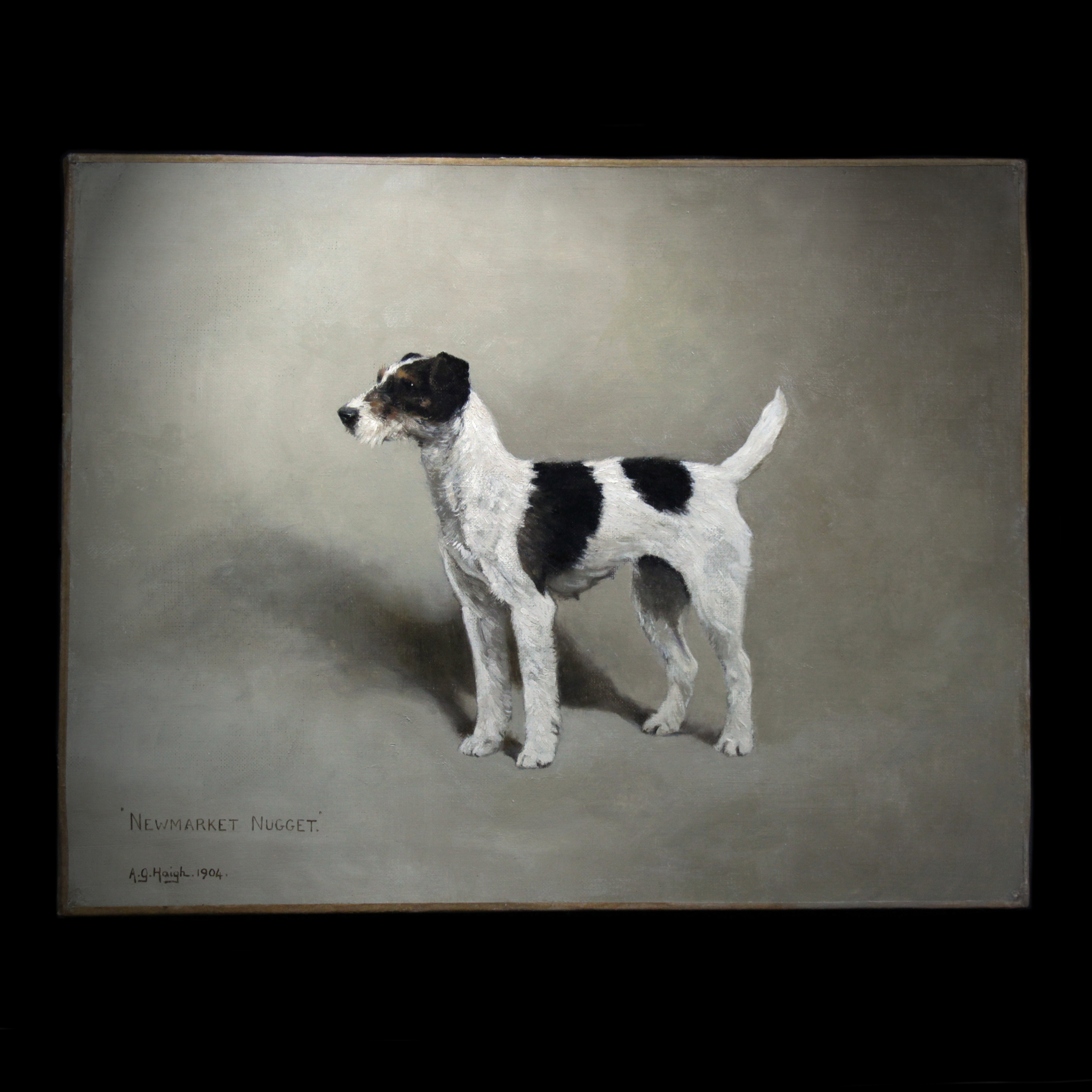 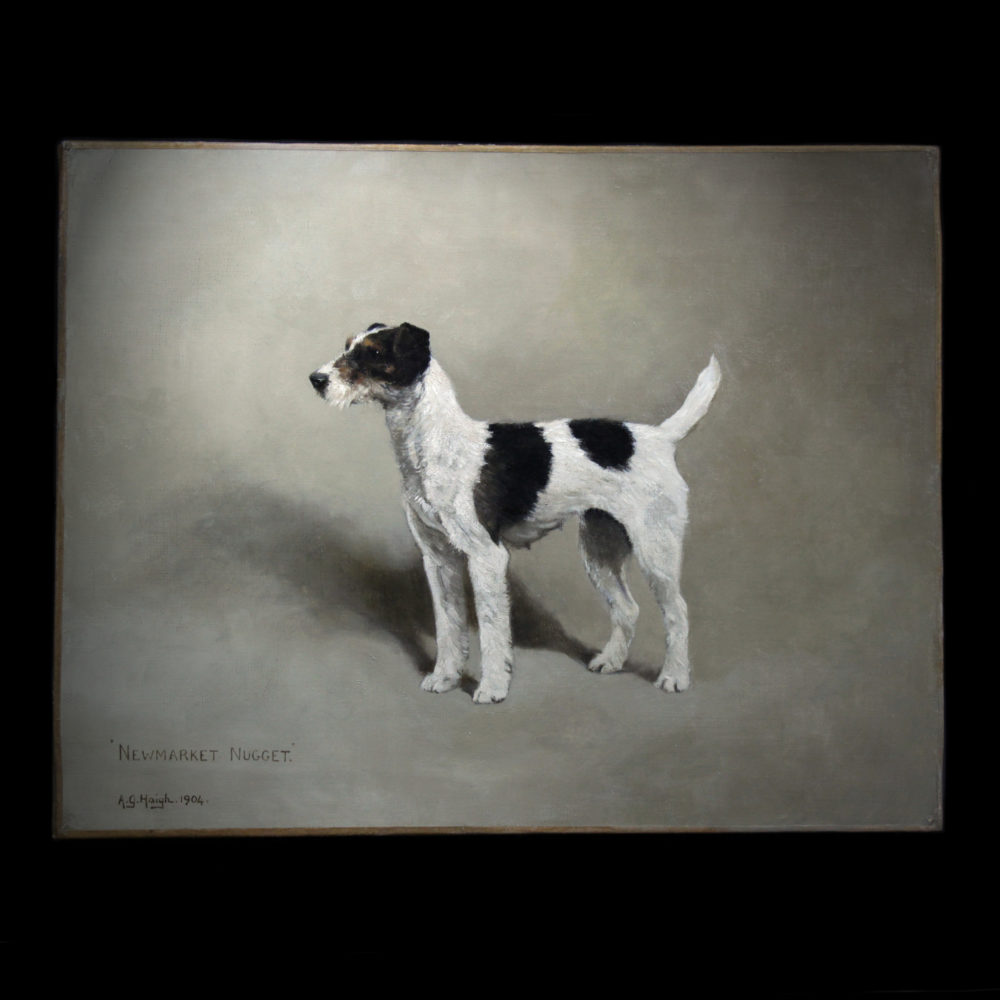 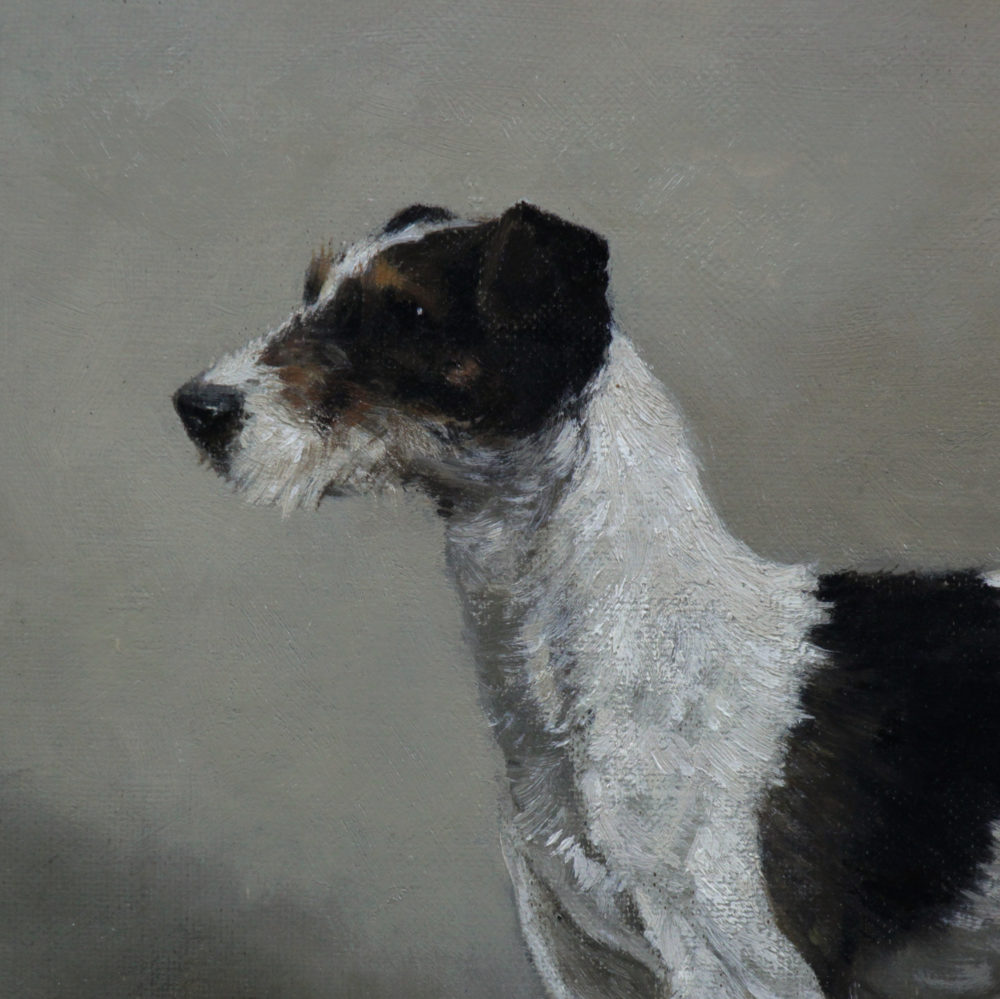 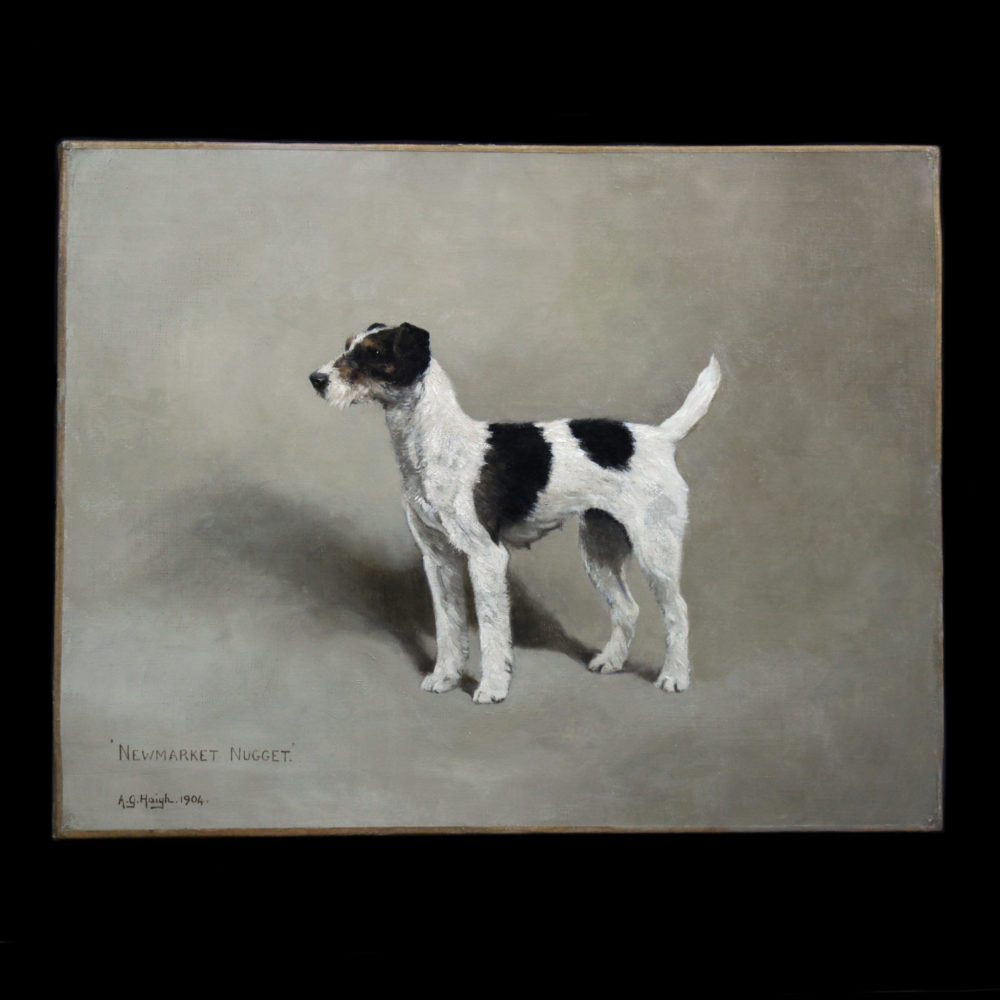 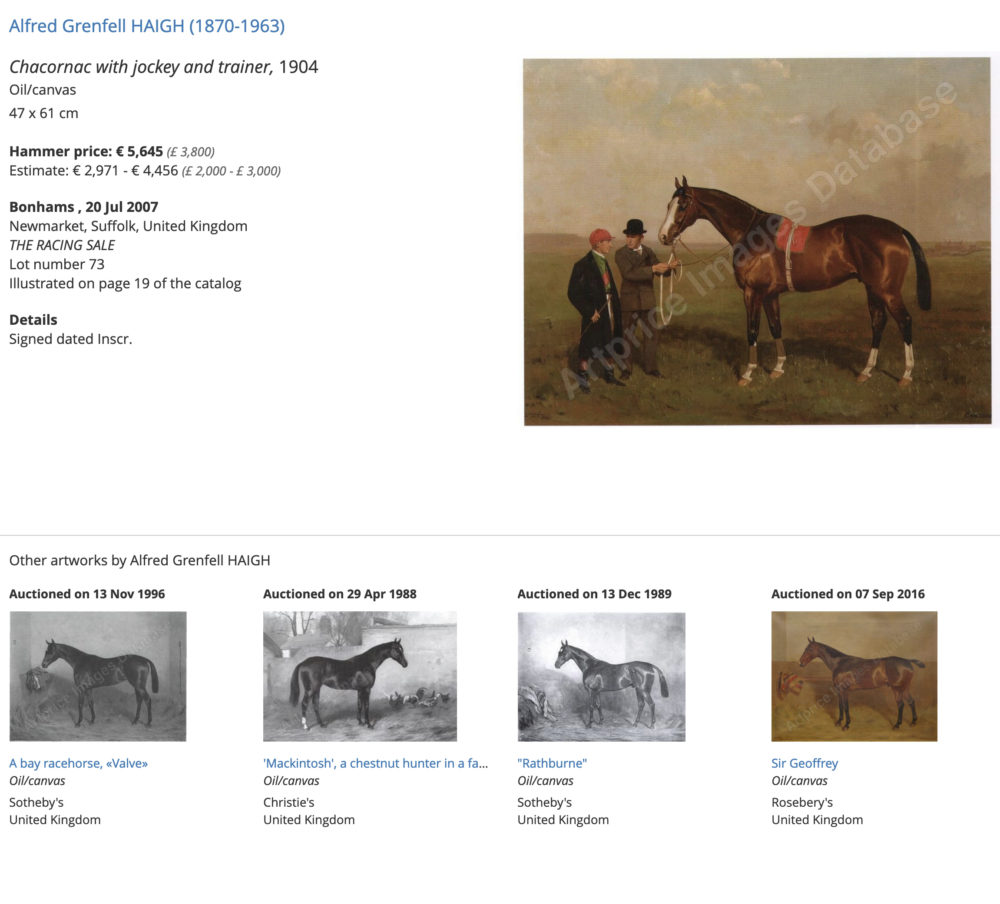 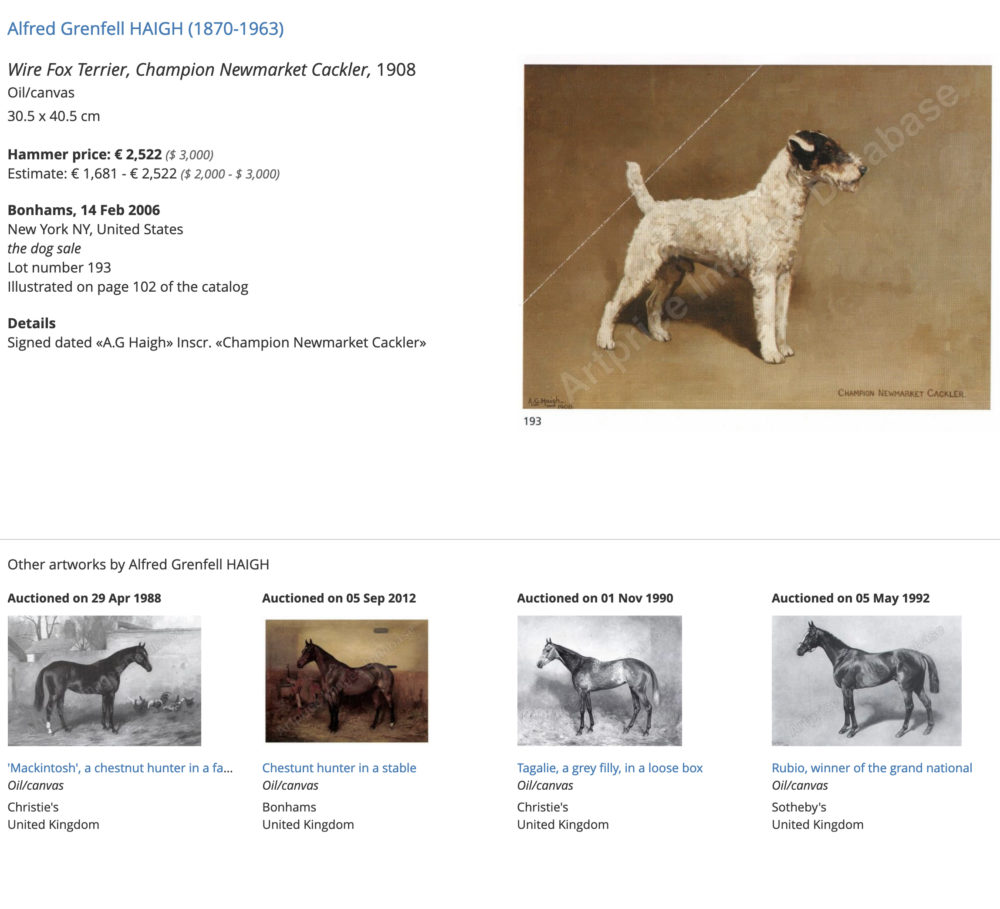 Very well executed work of a Champion dog ” Newmarket Nugget ” , the painter made another one in 1908 named ” Champion Newmarket Cackler ”

This painting is very rare to find , and therefor very sought-after by collectors .

Alfred Grenfell Haigh was a Cheshire born equestrian and animal artist. Educated at Rossall, where he won prizes for drawing, he later studied in Paris. He served in the Lancashire Yeomanry during WW1 and settled in Newmarket taking private commissions to paint animals and horses. Among the famous horses of the period that he painted were The Tetrarch, Bahram, Manna and Airborne. Amongst his many patrons were Lord Rosebery, the Duke of Portland and the Aga Khan. He was one of the best horse portraitists of the 20th century. His work is in many UK public collections, including the Sir Alfred Munnings Museum as part of the Munnings Collection.