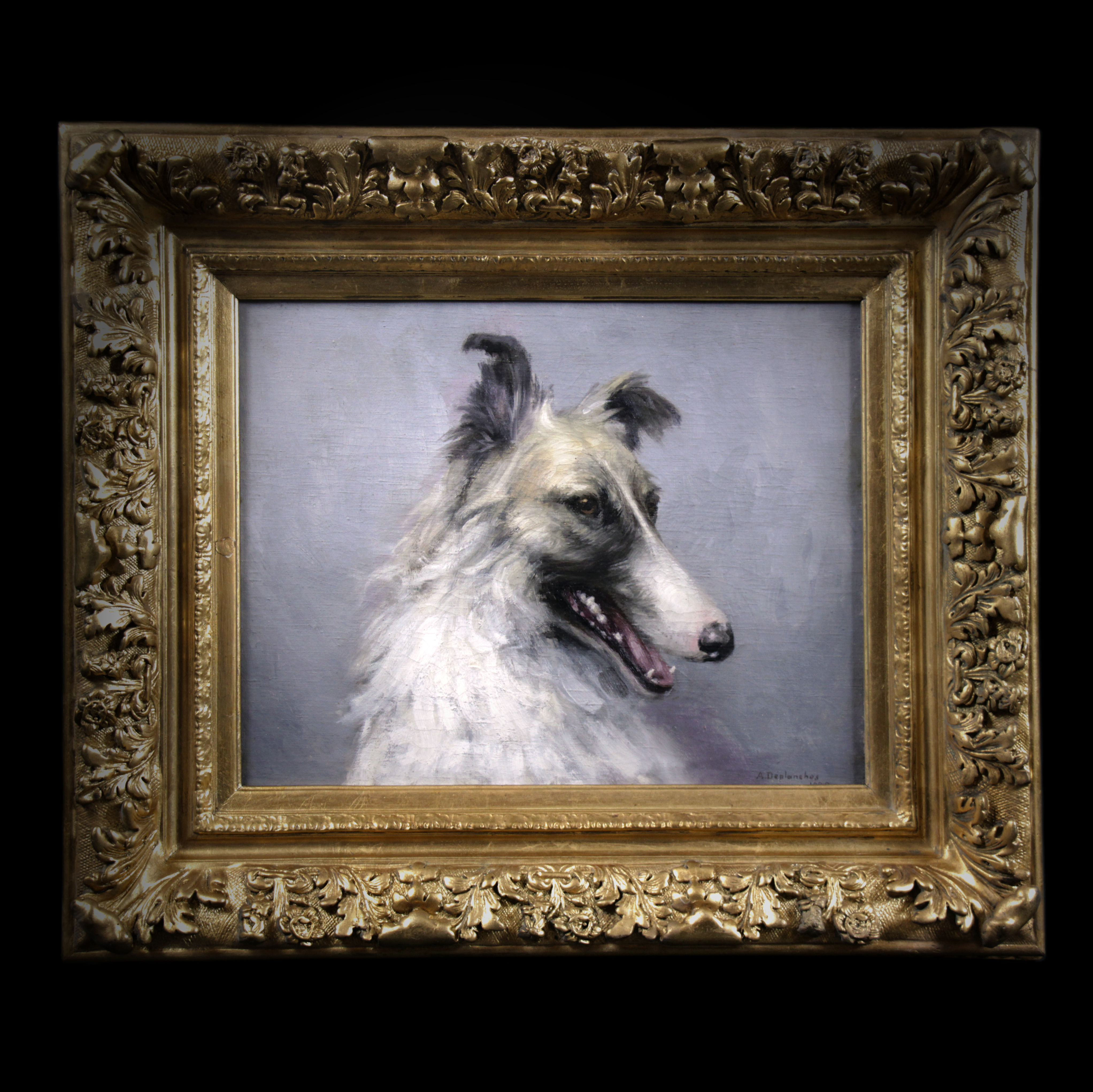 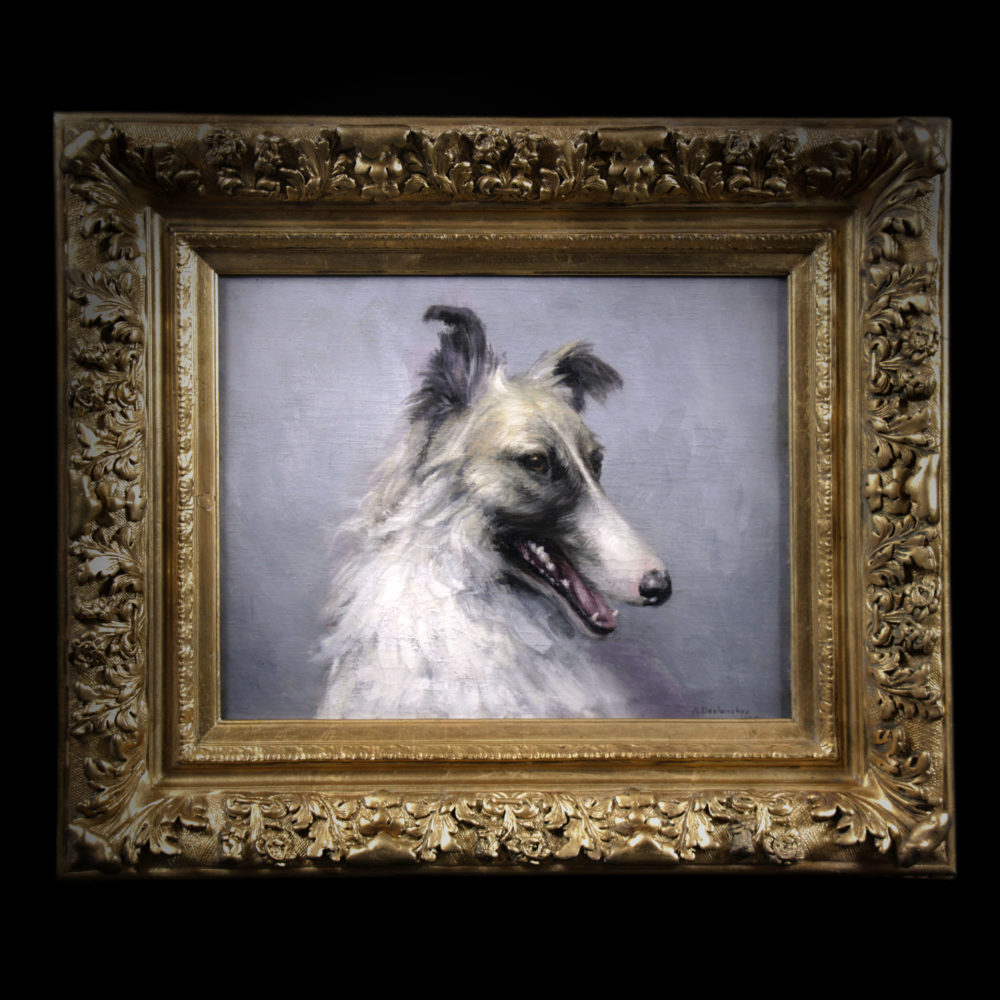 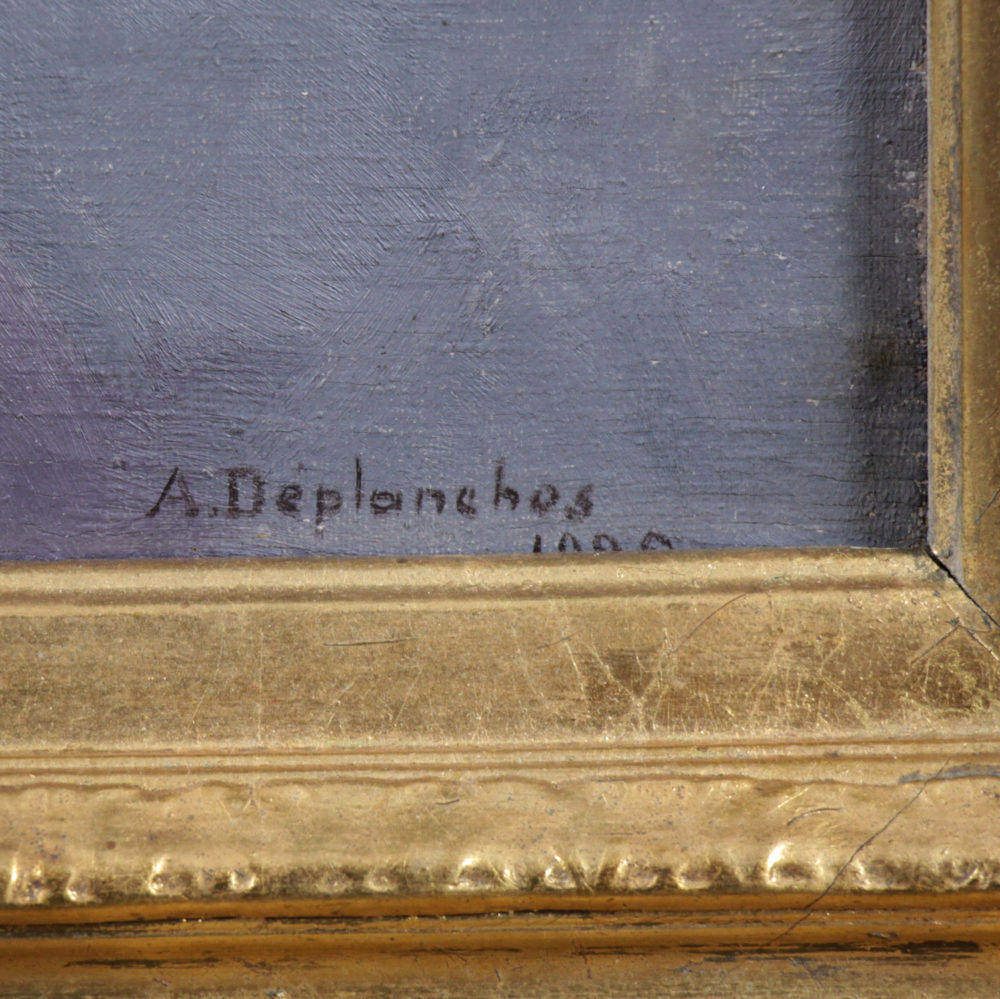 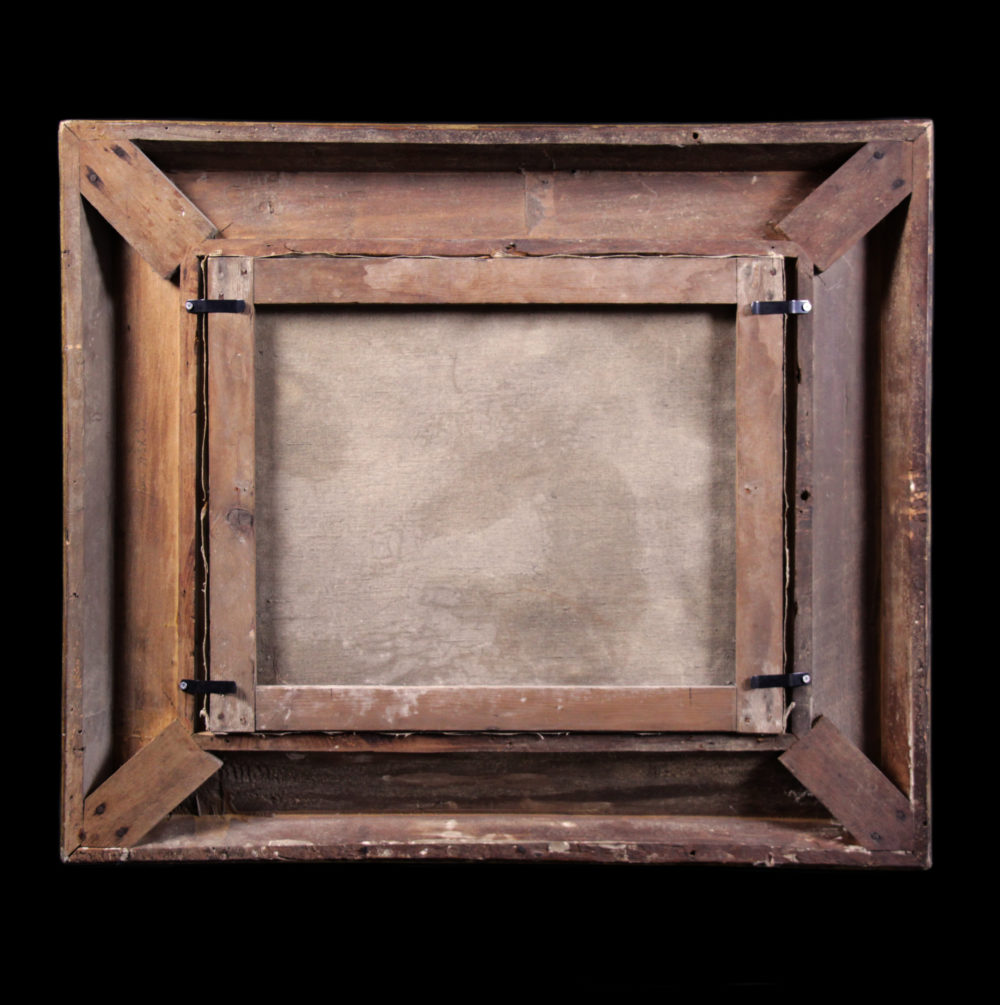 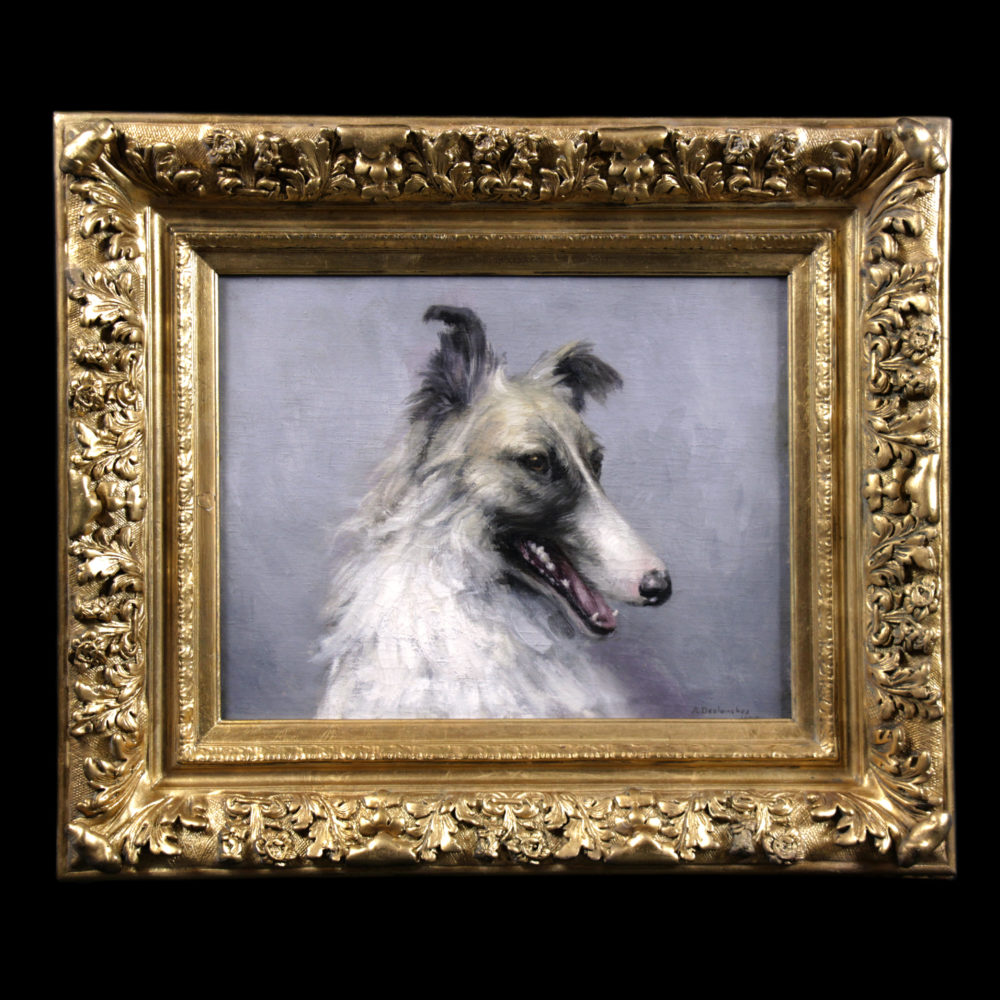 For the dog painting collectors .

Info about the breed :

It was long thought that Saluki type sighthounds were originally brought to Russia from Byzantium in the South about the 9th and 10th centuries, and again later by the Mongol invaders from the East. However, now that the archeological archives and research results of the former USSR are open to scientists. It has become quite clear that the primal sighthound type evolved between the Kyrgyzstan, the lower Kazakhstan part of Altai and the Afghan plains, and that the earliest actual sighthound breeds were the plains Afghan hounds and the Kyrgyz Taigan.

These ancient breeds then migrated South and West to develop into breeds adapted to those regions. This was a slow process which happened naturally through normal spreading of trade, with the silk and spice trade via the Silk Road being the prime vector.

The Borzoi was popular with the Tsars before the 1917 revolution. For centuries, Borzoi dogs could not be purchased but only given as gifts from the Tsar. Grand Duke Nicholas Nicolaievich of Russia bred countless Borzoi’s at Perchino, his private estate . In the late 1940s, a Soviet soldier named Constantin Esmont made detailed records of the various types of borzoi he found in Cossack villages.

Exports of borzois to other countries were extremely rare during the Soviet era. However, enough had been taken to England, Scandinavia, Western Europe, and America in the late 19th century for the breed to establish itself outside its native country.