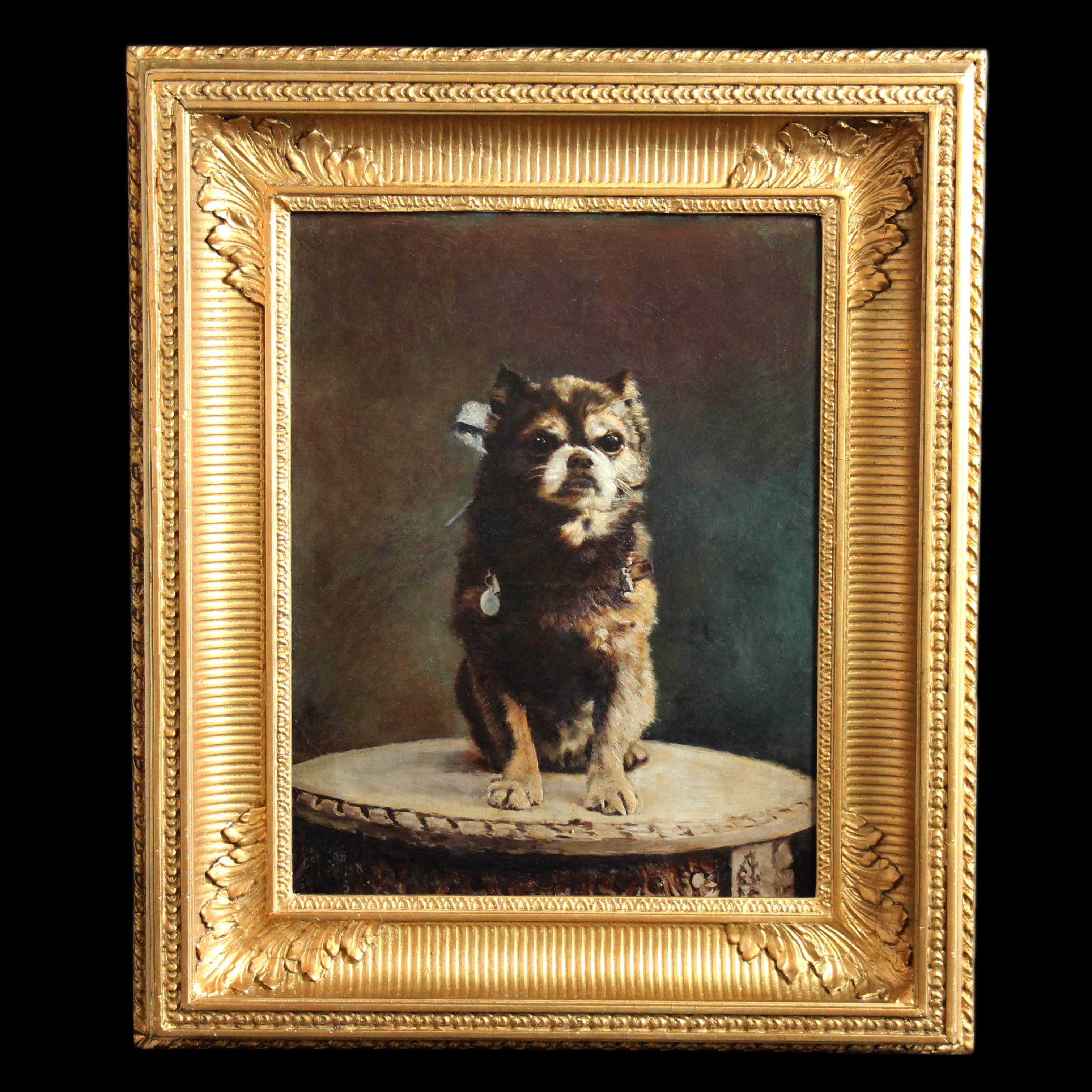 Oil on canvas painted by the french artist Edouard Sermon

This is a very well executed painting, has been cleaned and is in good condition .

History of the Chihuahua dog breed:

The Chihuahua’s history is convoluted, and there are many theories surrounding the origin of the breed. Both folklore and archaeological finds show that the breed originated in Mexico. The most common theory is that Chihuahuas are descended from the Techichi, a companion dog favored by the Toltec civilization in Mexico. No records of the Techichi are available before the 9th century, although dog pots from Colima, Mexico, buried as part of the western Mexico shaft tomb tradition which date back to 300 BC are thought to depict Techichis. It is probable that earlier ancestors were present before the Mayas as dogs approximating the Chihuahua are found in materials from the Great Pyramid of Cholula, predating 1530 and in the ruins of Chichen Itza on the Yucatán Peninsula.

In fact, wheeled dog toys representing the Chihuahua have been unearthed across Mesoamerica from Mexico to El Salvador. The earliest of these were found at Tres Zapotes in Veracruz, Mexico, which date to 100 AD, indirect evidence that the breed was in Mexico over 1400 years before the first Europeans arrived.

Dog effigy pots dating to around 1325 AD discovered in Georgia and Tennessee also appear to represent the Chihuahua. In 1850, a pot featuring the Chihuahua was unearthed in old ruins at Casas Grandes in the Mexican state of Chihuahua, which dates from 1100–1300 AD showing the long history of the breed at this site,[although most artifacts relating to its existence are found around Mexico City. It has been argued that these pots arrived with survivors from the Casas Grandes site in Chihuahua, Mexico, after it was attacked and destroyed around 1340 AD.